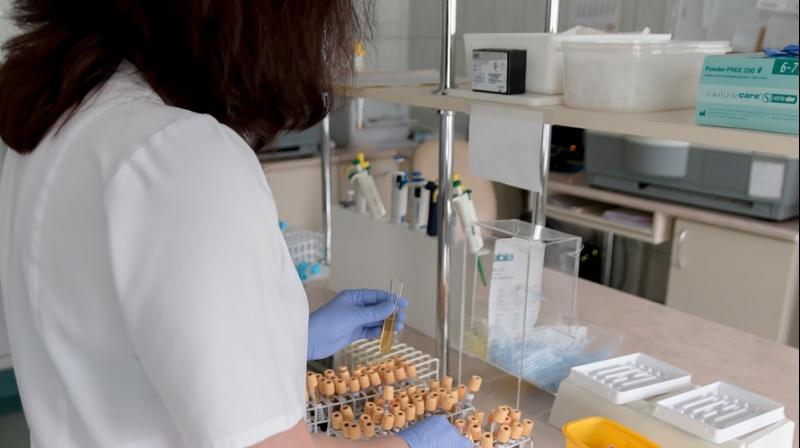 New Delhi: COPD is no longer 'just a disease of the lungs'. Many COPD patients develop heart diseases that lead to higher mortality. A new study gives hope of a better treatment protocol.

Patients of chronic obstructive pulmonary disease (COPD) - an obstructive lung disease characterized by long-term breathing problems and poor airflow - are at an increased risk of developing co-morbid cardiovascular diseases (CVDs). This, in turn, leads to higher rate of disability and death.

Lung hyperinflation is common in people with COPD and has been linked to impaired cardiac function and worsening of COPD symptoms, especially breathlessness.

Lung hyperinflation is caused due to blockages in the air passages/sacs that are less elastic, which interferes with the lung function.

A recent research - CLAIM Study - is the first to investigate the effects of dual bronchodilation on cardiac function and lung hyperinflation.

-What is COPD and how it is related to CVDs

COPD affects an estimated 210 million people worldwide and is the fourth leading cause of death. India accounts for a quarter of deaths caused worldwide by COPD; there were 22.2 million COPD patients in 2016. It is progressive (usually gets worse over time) and can be a life-threatening disease.

Among the long list of co-morbid conditions seen in people with chronic obstructive pulmonary disease (COPD), cardiovascular diseases (CVDs) are one of the most common and also associated with an increased risk of death. A typical COPD patient is just as likely to die from a cardiovascular cause as they are from a respiratory one.

Dr. Lancelot Pinto, Consultant Respirologist at Hinduja Hospital, Mumbai said "Smoking remains an important shared risk factor for both, COPD and cardiovascular diseases, as it contributes directly to chronic, systemic inflammation. However, pollution has also emerged as a new threat. Today, newer treatments are helping COPD patients to breathe and function at the highest level possible. Bronchodilators have proven to be one of the most effective treatment options for a disease that is now the third leading cause of death worldwide."

-What causes CVDs in COPD patients

Smoking remains an important shared risk factor for both diseases, as it contributes directly to chronic, systemic inflammation. But experts believe pollution has also emerged as the new threat. India, which is home to 16 of the world's 30 most polluted cities, according to a 2016 World Health Organization (WHO) report, faces a heightened risk. Physical inactivity and unhealthy diet, both of which generally accompany COPD, can also cause cardiovascular diseases.

Medical experts believe a lot more needs to be done to create awareness about how to diagnose, treat and live with this ailment. Evidence indicates that the increased risks for CVD are particularly diagnosed in COPD patients in mid-to-late-middle-age. Thus, it becomes imperative to raise awareness about the benefits of early intervention.