Life   Health  11 Jan 2018  Fitted with a battery-operated heart, 22-year-old has to charge it every night to survive
Life, Health

Fitted with a battery-operated heart, 22-year-old has to charge it every night to survive

Jim has to charge it by plugging himself in through a hole in his torso and taking a shower also gets tricky for him. 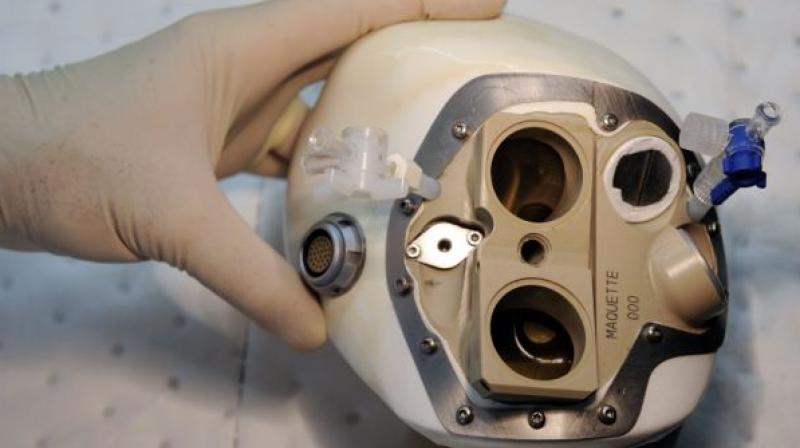 He encourages people to donate organs and hopes for a heart transplant someday (Photo: AFP)

In an age when people are hooked to technology and gadgets, running out of battery life is a major crisis for many. But for some people, their entire life actually depends on how much power they are left with.

For Jim Lynskey from UK, not being plugged in every night can actually make his heart stop. The 22-year-old depends on a steady supply of power as he is the youngest in the country to be fitted with a battery operated heart.

Jim and his twin sister caught viral meningitis when they were just two weeks old; the disease left him with an enlarged heart. The boy was fitted with the device after he suffered three life threatening cardiac arrests.

He has to carry around two large battery packs, each lasting close to eight hours along with a computer device and spare equipment. The weak left side of Jim’s heart is kept pumping by the device and sounds an alarm to call an ambulance if it fails.

Jim needs to plug himself into the mains every night to charge the battery through a hole in his torso. He has to seal the batteries in a watertight bag every time he takes a shower.

The food and consumer management student is encouraging people for organ donation as he hopes he may someday have a successful heart transplant.