The drug minocycline works by decreasing the activation of microglia -- the primary immune cells in the brain and spinal cord. 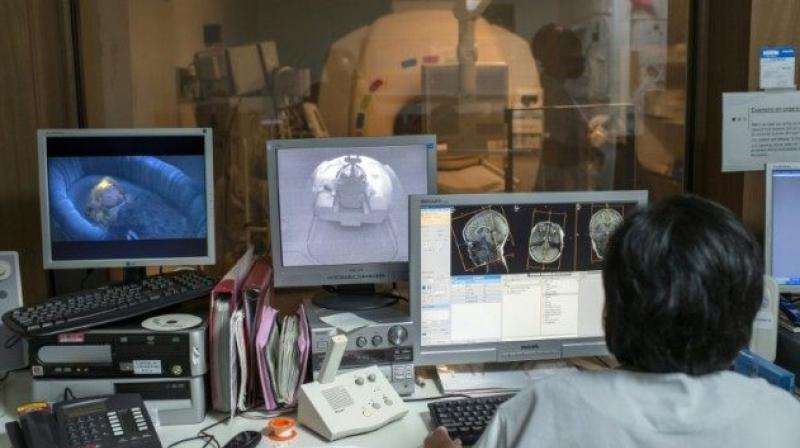 The findings indicated that the antibiotic had an adverse effect on the neonate rats (Photo: AFP)

Washington: Treating kids below four-year-old suffering from brain trauma with antibiotics can have a negative effect on their brain that has not yet developed, warns a study.

While there are no drugs available to treat these injuries, scientists have shown that certain antibiotics -- which inhibit the brain's inflammatory response -- can improve outcomes for adult animal models that have suffered a blow to the head.

According to Drexel University researchers in the US, when newborn rats administered immediately after a head injury, the FDA-approved antibiotic, minocycline, exacerbated cognitive deficits. The study has appeared in the journal Experimental Neurology.

Those under age four, who experience brain trauma, can suffer lifelong problems with memory, attention and other executive functions.

"The developing brain is not the same as the fully mature brain," said lead author Ramesh Raghupathi. "This study suggests that acute interventions targeting the inflammatory cascade may not be a viable strategy for treating traumatic brain injury in infants and young children," Raghupathi added.

The drug minocycline works by decreasing the activation of microglia -- the primary immune cells in the brain and spinal cord that protect against foreign pathogens.

They treated the newborn rats with minocycline -- one dose every day for three days -- they saw that their brain activity did not improve. When the researchers increased the dosage to nine days instead of three, the animal models showed significant memory problems and other behavioural deficits.

The findings indicated that the antibiotic had an adverse effect on the neonate rats, because microglia plays an important role during early brain development. These cells clear out dead neurons and debris to make a path for surviving neurons to function normally.

By targeting the microglia in the pediatric animal model, the antibiotics seemed to prevent the brain from undergoing its natural maturation process.