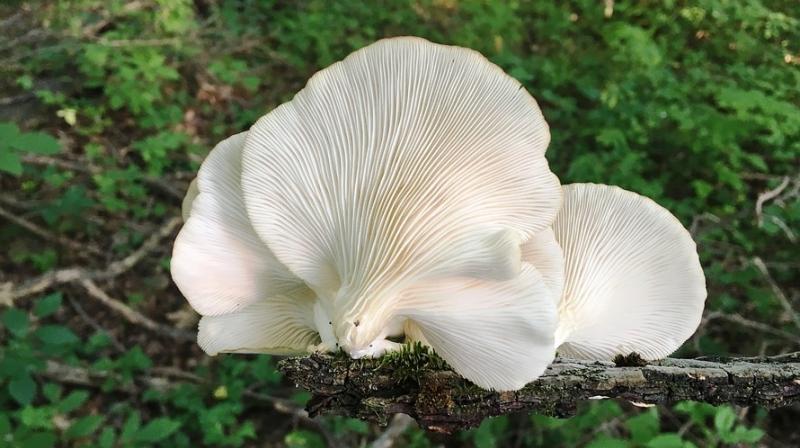 Although fresh oyster mushrooms contain almost no vitamin D, the fungus produces it after exposure to sunlight much like the human body. (Photo: Representational/Pixabay)

Washington: A recent study highlighted the death rate caused due to Tuberculosis in low-income countries and also how the consumption of sun-exposed oyster mushrooms is beneficial for TB patients.

The study was discussed in an annual meeting ' Nutrition 2019' held from June 8-11 in Baltimore. TibebeSelassie Seyoum Keflie, one of the researchers said, "TB is becoming more difficult to fight due to the emergence of drug-resistant strains, creating an urgent need for new treatments that can support first-line drugs."

"This source of vitamin D is ideal for low-income countries because mushrooms can easily be distributed and administered in a safe, low-cost, easy-to-replicate manner," the researcher added.

The studies have shown that vitamin D induces the body to help the formation of an antimicrobial compound that attacks the bacterial cause of TB. Although sun exposure can boost a person's vitamin D levels, it must be obtained through diet when sun exposure is scarce.

The researchers used oyster mushrooms because they offer a cheap, safe and readily available source of vitamin D that is easily absorbed by the body. Although fresh oyster mushrooms contain almost no vitamin D, the fungus produces it after exposure to sunlight much like the human body.

"This is the first time that vitamin D derived from oyster mushrooms exposed to the sun has been shown to be a potential adjunctive therapy for TB," said Keflie. "With educational outreach, it might be possible to teach people with TB to irradiate their own mushroom for a brief period before cooking," he added.

To study it further, the researchers gave a group of TB patient’s sandwich bread containing 146 micrograms of vitamin D from sun-exposed oyster mushrooms every morning during the first four months in which they received an anti-TB drug.

At the end of the four months, 95 per cent of patients receiving the fortified bread were classified with the lowest TB severity score on a scale of 1 to 5. The treatment group had significantly higher vitamin D levels compared to patients not receiving the bread, with more than a third of them no longer showing a vitamin D deficiency. The researchers also observed that patients who consumed the fortified bread had significant improvements in immunological responses over the four months.