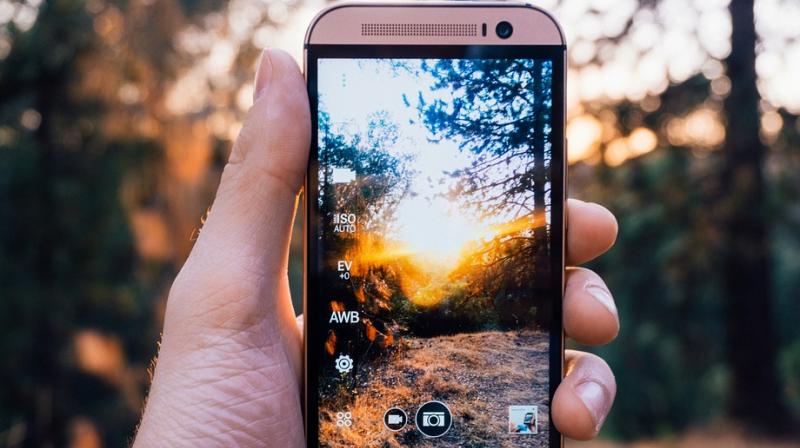 Washington: Turns out, smartphone apps do have some health benefits, contrary to popular beliefs.

According to a study conducted by the European Society of Cardiology, using a healthy lifestyle smartphone application (app) helps to slow artery ageing.
Arteries harden with age, increasing the risk of atherosclerosis and subsequent cardiovascular disease. Good eating habits, smoking cessation, and physical exercise are known to prevent atherosclerosis.

The current study aimed to assess the impact of using modern technology to promote healthy living habits, compared to traditional modification strategies.
The EVIDENT II trial tested whether using a smartphone app could slow artery ageing by improving compliance with a Mediterranean diet and physical activity equivalent to at least 10,000 steps a day.

Jose Ignacio Recio-Rodriguez, the study author said, "We found that a healthy lifestyle smartphone app, added to brief advice on diet and exercise, improved a marker of arterial hardness, indicating delayed arterial ageing and a lower risk for atherosclerosis."

Specifically, after using the app for three months, users had a significant improvement in the peripheral augmentation index which was maintained at one year. This index got worse in participants who received diet and exercise advice only.

Both groups improved their adherence to a Mediterranean diet. However, better results were achieved by the app group in modifying the usual diet composition, with a higher percentage of carbohydrates, and lower percentages of total fat and saturated fat. Intake of trans fats and processed meats were also reduced.
The design of the trial has been previously published. Briefly, the trial included 833 adults without heart disease aged 70 years or under who were recruited from six primary care centers in Spain.

Participants were randomised to the app plus counseling, or counseling alone, for three months. Follow up visits were conducted at three months and one year.
In both groups, counseling consisted of two 15 minute sessions - one on physical activity and one on the Mediterranean diet - each explaining the benefits and providing specific advice. Attendees received an information leaflet after each session.

Each day, app users entered their food intake, the app's accelerometer recorded the number of steps, and users entered activities performed without the smartphone such as swimming. At the end of each day, the app reported a summary of food intake and physical activity, the number of calories consumed and expended, and a recommended plan to improve eating habits and increase physical activity.

For the current study, artery ageing/hardening was assessed in 597 participants using three indices: the peripheral augmentation index, evaluated by tonometry, and the cardio-ankle vascular index and pulse wave velocity measured by oscillometry.

There were no differences between the app and counseling only groups in any of the indices at the start of the study. Recio concluded, "Healthy lifestyle apps could be a powerful weapon against arterial ageing. But studies are still needed to demonstrate their ability to reduce heart attacks and death from cardiovascular disease."

The study was presented at the EuroHeartCare 2018.