Life   Health  10 Jun 2018  Heart patients may be at higher risk of early death due to loneliness
Life, Health

Feeling lonely was associated with poor outcomes in all patients regardless of their type of heart disease. 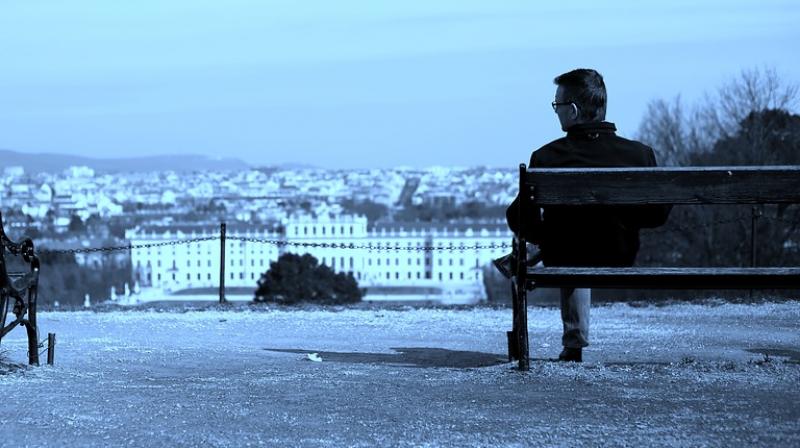 Both men and women who felt lonely were three times more likely to report symptoms of anxiety and depression (Photo: Pixabay)

London: Loneliness may be bad for the heart and can nearly double the risk of early death, a study has found.

The study found that feeling lonely was a stronger predictor of poor outcomes in heart patients than living alone, in both men and women.

"Loneliness is more common today than ever before, and more people live alone," said Anne Vinggaard Christensen, a PhD student at the Copenhagen University Hospital in Denmark.

"Previous research has shown that loneliness and social isolation are linked with coronary heart disease and stroke, but this has not been investigated in patients with different types of cardiovascular disease," said Vinggaard Christensen.

Participants were patients discharged from April 2013 to April 2014 from five heart centres in Denmark, who to answer a questionnaire about their physical and mental health, lifestyle factors such as smoking, and social support.

Feeling lonely was associated with poor outcomes in all patients regardless of their type of heart disease, and even after adjusting for age, level of education, other diseases, body mass index, smoking, and alcohol intake.

Loneliness was associated with a doubled mortality risk in women and nearly doubled risk in men. Both men and women who felt lonely were three times more likely to report symptoms of anxiety and depression, and had a significantly lower quality of life than those who did not feel lonely.

"Loneliness is a strong predictor of premature death, worse mental health, and lower quality of life in patients with cardiovascular disease, and a much stronger predictor than living alone, in both men and women," said Vinggaard Christensen.

She noted that people with poor social support may have worse health outcomes because they have unhealthier lifestyles, are less compliant with treatment, and are more affected by stressful events.

"We adjusted for lifestyle behaviours and many other factors in our analysis, and still found that loneliness is bad for health," said Vinggaard Christensen.

"We live in a time when loneliness is more present and health providers should take this into account when assessing risk. Our study shows that asking two questions about social support provides a lot of information about the likelihood of having poor health outcomes," she said.

European guidelines on cardiovascular prevention state that people who are isolated or disconnected from others are at increased risk of developing and dying prematurely from coronary artery disease.