Comedians and improv artists may ignore warning signs or symptoms of various diseases. 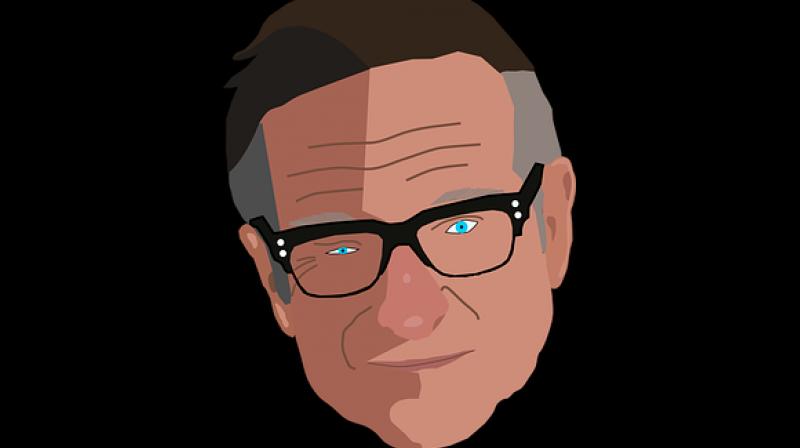 No study has shown convincingly that humour can help a person recover from a serious illness. (Photo:Pixabay)

There is a widely held belief that humour is good for your health.

The benefits of humour and laughter are linked to every imaginable health outcome.

It is claimed that a good old giggle can help reduce pain, boost the immune system, is good for the heart and lowers blood pressure.

The research on the health benefits of humour and laughter to health has found mixed results, however, with most claims unsubstantiated or at least exaggerated.

The most robust studies on humour and health usually show just a short relief from pain due to exposure to humour – by watching a comedy film, for example – or that humour merely helps mitigate symptoms of a disease.

To date, no study has shown convincingly that humour can help a person recover from a serious illness.

One way to investigate the relationship between humour and health is to look at the health of people who use humour as part of their job: stand-up comedians and improv artists, for example.

Incidentally, not only do they use humour as part of their profession, they also display the highest levels of humour ability.

So if humour is good for our health, we should expect comedians to benefit the most from it.

While it is often claimed that humour can prolong life, research has actually found the opposite to be true.

One study found that comedians and humour writers, as well as serious entertainers, actually die younger compared to other famous people who are not entertainers.

Likewise, researchers have found that the mortality rate of the most successful British comedians of all time was higher compared to the less successful ones.

Another study found that stand-up comedians die at a younger age than both comedy and dramatic actors.

These studies were somewhat limited, however, because they included only male comedians, and most of them were already dead. In addition, focusing on the most famous comedians can cause a bias.

Famous people often live very unhealthy lives, and the comedians might have died from reasons unrelated to comedy or humour, such as heavy drinking, smoking or drug use.

My colleagues and I decided to take a different approach. We collected data from 511 improv artist students – 224 women and 267 men – all alive, from the Upright Citizen’s Brigade Training Centers in New York and Los Angeles.

We compared this improv group to 795 non-comedians, that were matched in age, sex and education.

We asked participants from both groups to tell us how many infectious diseases they had had in the past three years – for example, respiratory and skin infections – and how long they had lasted.

Susceptibility to infectious diseases is a good indicator of the strength of one’s immune system.

The improv artists reported that they had had significantly more infections, which had lasted longer, in six of the seven infection categories we used, compared to the control group.

The total days of infections for the improv artists were more than twice as long as the control: 40 compared to 19.

The downside of being funny

These results held true even after controlling for age, sex, education, neuroticism and BMI. So, performing comedy not only doesn’t help your immune system, it may actually be detrimental to your health.

It is possible that the lives of improv artists are more stressful than those of the average person.

Becoming a comedian is difficult, with high levels of competition and low job security.

Very few aspiring comics are able to have a successful career, and most will eventually have to work in something else.

Working in front of large crowds may also expose the improv artists to infectious illnesses.

These factors are not directly related to humour, but rather to the lifestyle of any comedian performing in front of a crowd.

There is also another possibility.

Evidence suggests that people with a great sense of humour are overly optimistic about their own health, and take potential health risks less seriously, even engaging in riskier behaviors.

Comedians and improv artists may ignore warning signs or symptoms of various diseases, and may not go to the doctor to get checked as often as they should.

Ultimately, this would make them more sick compared to people who take their health problems seriously.

The bottom line is that our research offers little support to the common notion that humour is good for your health, and actually finds that a career in a humour-related profession is associated with higher reported health problems.

We need to be cautious, though, in our conclusions, as this is a correlational study and does not imply a cause and effect.

It will be interesting to compare people in humour professions to other entertainers or different vocational groups, such as actors, dancers and writers, to see if they all share the same health problems.

This article was originally published by The Conversation.