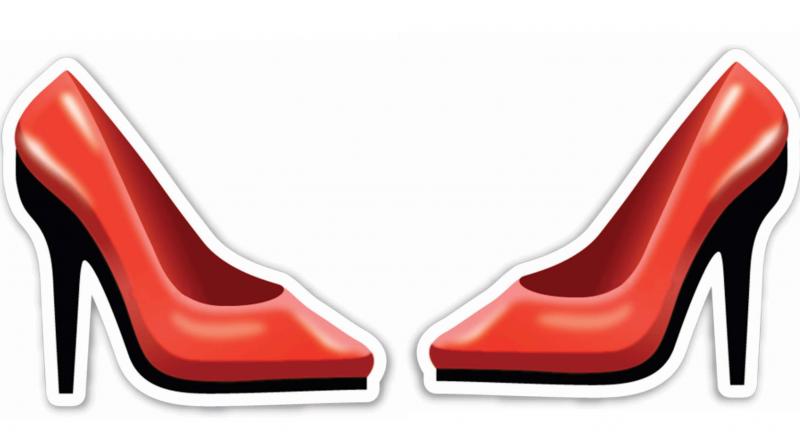 Casualisation of every occasion was also the reason women were now opting for jeans and sneakers, Smith added. (Photo: Pixabay)

Los Angeles: Today's world is fast-paced and the women are refusing to be slowed down by their high heels, as surveys suggest their sales are on a decline.

According to NPD Group's retail tracking service, sales of high heels dropped 12 percent in 2017, while the sneakers market saw a boom of 37 percent to $2.3 billion, Los Angeles Times reported.

The decline in sales are neither from lack of options nor rise in prices, according to Edited, a New York-based market research firm that found that high heel inventory rose by 28 percent from the year before, and about one-third of high heels were on an average 47 percent discount.

Katie Smith, director of retail analysis at Edited, opined that women still owned heels but preferred to dress for comfort and function, owing to the day-to-day hustle.

"Even after we get to work, we're trying not to sit at our desks all day. We stand. We take the stairs. We walk to lunch. We're constantly counting our steps, so it makes sense to wear comfortable footwear and clothing," Smith said.

Casualisation of every occasion was also the reason women were now opting for jeans and sneakers, Smith added.

According to market research firm Mintel, surveys have shown that women are buying more athletic shoes and sandals than dress shoes or fashion boots.Almost half of those surveyed said they are splurge on shoes that are comfortable.

Flat shoes also have an advantage over heels in that they go with almost every outfit. Alexis DeSalva, the retail and apparel analyst at Mintel said, "People are multitasking more these days - they're going from yoga class to work, then from happy hour to pick up their kids, and they don't want to change into four different outfits. Flat shoes have become a staple in multipurpose dressing."

In addition to being comfortable, the sports shoe brands are now also expanding in fashion, with the rise of sneaker trend among women.