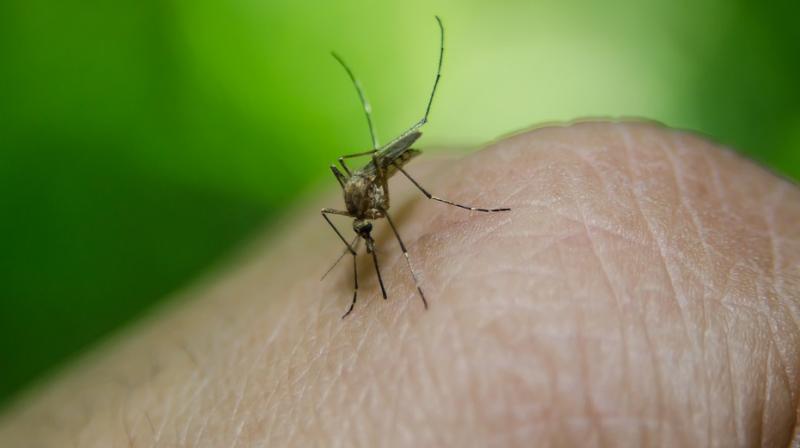 Malaria kills about 429,000 people every year and making a synthetic version would help curb the spread of malaria. (Photo: Pixabay)

London: Scientists may have figured out part of the reason why mosquitoes are drawn to people infected with malaria.

Mosquitoes prefer biting people already sickened by malaria, apparently attracted by some kind of odor. Now, Swedish researchers say they've identified a substance pumped out by malaria parasites that triggers that smell, noticeable only to mosquitoes."This is a very interesting piece of the puzzle," said Alvaro Acosta Serrano, a parasite researcher at the Liverpool School of Tropical Medicine, who was not part of the new study.

It might be possible one day to make synthetic versions of the mosquito attracting fragrance to lure and then wipe out the insects, he said. In the bloodstream, malaria parasites release a specific substance, which somehow mixes with the infected person's blood cells to give off an aroma that seems particularly enticing to mosquitoes, the researchers at Stockholm University reported Thursday in the journal Science.

Malaria kills about 429,000 people every year, mostly children in Africa, according to the World Health Organization. It spreads when a mosquito bites someone already infected, sucks up blood and parasites, and then bites another person.

Key strategies against malaria include spraying insecticide, using bed nets covered with repellent to ward off the night-biting insects and trying to identify and treat the disease early. In 2015, the world's first malaria vaccine was licensed but it only works in about one-third of children and has yet to be recommended for use by WHO.

"They all started eating very vigorously," said one of the researchers, Noushin Emami, who painstakingly recorded the mosquitoes' responses. Emami and her colleagues also found that the mosquitoes devoured more of the blood with the malaria substance, which should theoretically spread malaria faster.

Others said that the discovery is intriguing but needs to be tested beyond the lab.
"It's really important to consider all the cues mosquitoes might respond to," said James Logan of the London School of Hygiene and Tropical Medicine who is also researching the behavior of malaria-spreading mosquitoes. He said insects feeding in the wild are also influenced by factors like temperature, moisture and heat. Understanding the interaction between malaria parasites, mosquitoes and humans might result in a better diagnostic test to spot the early signs of malaria infection, he said.

"Both the parasites and mosquitoes are very wily creatures so we do need to develop novel methods of control," said Mara Lawniczak, who studies how mosquitoes spread malaria at the Wellcome Trust Sanger Institute.She said mosquitoes are developing resistance to the most commonly used insecticides and in some areas have even changed their feeding patterns to survive. "The more we understand mosquito behavior and what drives it, the better we can target those interventions," she said.