Sleeping for longer may lead to better food choices: Study

Sleep habits can be changed with relative ease in healthy adults using a personalised approach. 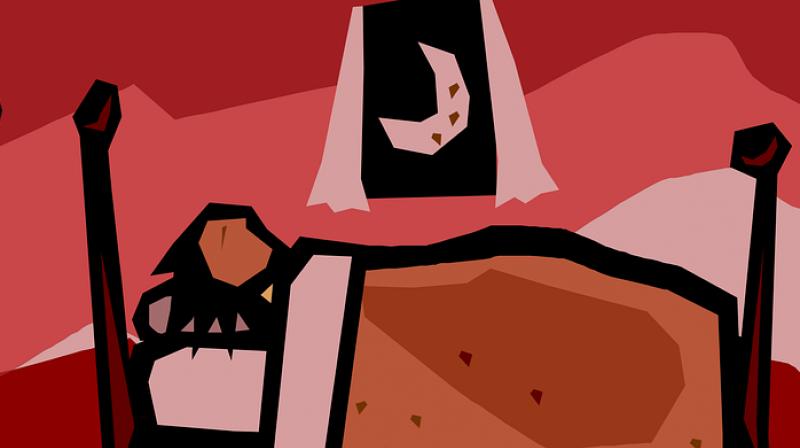 Washington: Sleeping for longer every night could help you to reduce the intake of sugary foods and lead to a healthier diet, suggests a study.

Sleep is a modifiable risk factor for various conditions including obesity and cardio-metabolic disease with some figures suggesting a lot of adults are not getting enough sleep. The randomised controlled trial, performed by King's College London, looked at the feasibility of increasing sleep hours in adults who typically slept for less than the recommended minimum for adults of seven hours.

Alongside this, the researchers undertook a pilot investigation that looked at the impact of increasing sleep hours on nutrient intake. They found that extending sleep patterns resulted in a 10-gram reduction in reported intake of free sugars compared to baseline levels. The researchers also noticed trends for reduced intake of total carbohydrates reported by the sleep extension group.

The principal investigator, Dr Wendy Hall, from the Department of Nutritional Sciences observed: "The fact that extending sleep led to a reduction in intake of free sugars, by which we mean the sugars that are added to foods by manufacturers or in cooking at home as well as sugars in honey, syrups and fruit juice, suggests that a simple change in lifestyle may really help people to consume healthier diets."

The 21 participants allocated to the sleep extension group undertook a 45-minute sleep consultation which aimed to extend their time in bed by up to 1.5 hours per night. A further 21 control group participants received no intervention in their sleep patterns. Each participant in the sleep extension group received a list with a minimum of four appropriate sleep hygiene behaviours that were personalised to their lifestyle (such as avoiding caffeine before bed time, establishing a relaxing routine and not going to bed too full or hungry) and a recommended bed time.

For seven days following the consultation, participants kept sleep and estimated food diaries and a wrist-worn motion sensor measured exactly how long participants were asleep for, as well as time spent in bed before falling asleep. 86 percent of those who received sleep advice increased time spent in bed and half increased their sleep duration (ranging from 52 minutes to nearly 90 minutes). Three participants achieved a weekly average within the recommended seven to nine hours. There were no significant differences shown in the control group.

The data also suggested, however, that this extended sleep may have been of lesser quality than the control group and researchers believe that a period of adjustment to any new routine may be required. Lead researcher, Haya Al Khatib, from the Department of Nutritional Sciences commented: "Sleep duration and quality is an area of increasing public health concern and has been linked as a risk factor for various conditions. We have shown that sleep habits can be changed with relative ease in healthy adults using a personalised approach.

"Our results also suggest that increasing time in bed for an hour or so longer may lead to healthier food choices. This further strengthens the link between short sleep and poorer quality diets that has already been observed by previous studies. "We hope to investigate this finding further with longer-term studies examining nutrient intake and continued adherence to sleep extension behaviours in more detail, especially in populations at risk of obesity or cardio-vascular disease."

The research is published in the American Journal of Clinical Nutrition.