Smoking to kill 8 million people a year by 2030

It is responsible for likely over $1 trillion in health care costs and lost productivity each year. 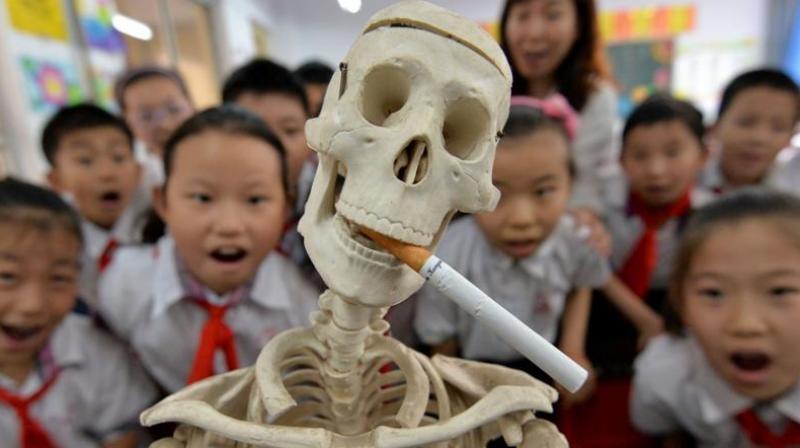 Governments spent less than $1 billion on tobacco control in 2013-2014, according to a WHO estimate (Photo: AFP)

Geneva: Smoking costs the global economy more than $1 trillion a year, and will kill one third more people by 2030 than it does now, according to a study by the World Health Organization and the U.S. National Cancer Institute published on Tuesday.

That cost far outweighs global revenues from tobacco taxes, which the WHO estimated at about $269 billion in 2013-2014.

"The number of tobacco-related deaths is projected to increase from about 6 million deaths annually to about 8 million annually by 2030, with more than 80 percent of these occurring in LMICs (low- and middle-income countries)," the study said.

Around 80 percent of smokers live in such countries, and although smoking prevalence was falling among the global population, the total number of smokers worldwide is rising, it said. Health experts say tobacco use is the single biggest preventable cause of death globally.

"It is responsible for... likely over $1 trillion in health care costs and lost productivity each year," said the study, peer-reviewed by more than 70 scientific experts.

The economic costs are expected to continue to rise, and although governments have the tools to reduce tobacco use and associated deaths, most have fallen far short of using those tools effectively, said the 688-page report.

"Government fears that tobacco control will have an adverse economic impact are not justified by the evidence. The science is clear; the time for action is now."

Tobacco taxes could also be used to fund more expensive interventions such as anti-tobacco mass media campaigns and support for cessation services and treatments, it said. Governments spent less than $1 billion on tobacco control in 2013-2014, according to a WHO estimate.

The World Trade Organization is expected to rule on the complaint this year. Australia's policy is being closely watched by other countries that are considering similar policies, including Norway, Slovenia, Canada, Singapore, Belgium and South Africa, the study said.