COPD can be prevented and managed by making some necessary lifestyle changes. 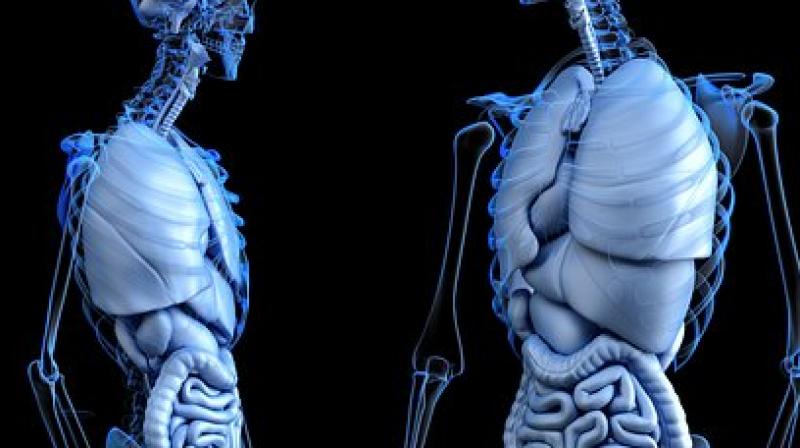 COPD is detrimental to both public health and the country's economy. (Photo: Pixabay)

A serious disorder which ultimately makes it difficult for a person to breathe, COPD or Chronic Obstructive Pulmonary Disorder, is one of the major causes of mortality around the world.

Estimates suggest that about three million people died of this condition in the year 2015 and this number is likely to go up by more than 30% in the next 10 years.

This is more so in the case of developing countries where prevention and control measures may not be as accessible. COPD is a group of lung conditions, including emphysema, bronchitis, refractory (non-reversible) asthma, and some forms of bronchiectasis.

The signs and symptoms of this condition include increased breathlessness, frequent coughing (with and without sputum), wheezing, and tightness in the chest. Most cases of COPD are due to inhaling pollutants such as smoke from cigarettes, pipes, and cigars; or due to second-hand smoke.

Other contributing factors include fumes, chemicals, and dust. In some cases, genetics may also play a role.

"There is a lack of awareness in the country about COPD, which is a major impediment in preventing associated deaths. Many people are not aware of this condition, whether they have the symptoms, or how it can affect their health in the long run. It is imperative to be aware of all the myths and facts surrounding this condition, as when it comes to health, ignorance is not bliss," said Dr Ramananda Srikantiah Nadig, Head of the Clinical Advisory Board.

Myth 1: Only smokers get this condition

Smoking is not the only cause of COPD. It can also be caused by exposure to secondhand smoke; long-term exposure to pollutants; and due to certain occupations, which are hazardous to lung health. It can also be due to a genetic condition called alpha-1-antitrypsin deficiency.

Myth 2: The main symptom is shortness of breath

COPD can also have symptoms such as coughing, wheezing, and a tight feeling in the chest. Shortness of breath is often the first sign, however. COPD also makes people susceptible to frequent colds and recurring bouts of flu or pneumonia.

Myth 3: COPD can be diagnosed through an X-Ray

COPD cannot be diagnosed through either an X-Ray or a blood test. It is detected through a lung function test called spirometry. This test measures the amount of air a person can breathe in and how hard one can blow it back out.

Although this condition cannot be cured, it can be treated and managed. The damage to the lung tissue cannot be reversed but it is possible to slow down the destruction and manage symptoms. The first thing is to quit smoking if you are a smoker. COPD can be treated with bronchodilators and symptoms managed with inhaled corticosteroids.

COPD can occur even when a person in their 40s and in some rare cases between the 20s and 30s, too. The risk increases with exposure.

While shortness of breath can make it difficult for those with COPD to exercise, physical activity plays a major role in treating the condition. Physical activity helps improve heart function and circulation. However, it is important to make a slow and steady progress.

Myth 7: Only the lungs are affected

COPD can also lead to increase in blood pressure and up the risk of getting a heart disease. Like any other chronic condition, one also risks the chance of getting into depression.

Myth 8: Asthma can lead to COPD

Asthma and COPD are different. Asthma symptoms are triggered when a person is exposed to certain allergens. Asthma may appear during childhood, but COPD is often diagnosed around the middle age or later.

COPD can be prevented and managed by making some necessary lifestyle changes. Some tips include eating healthy, staying physically active and staying away from tobacco smoke, both first and second hand. Those who are active smokers must quit.

People at risk of acquiring this condition due to other factors must take necessary precautions. COPD is detrimental to both public health and the country's economy. The need of the hour is to create awareness and dispel myths surrounding the condition.