The deadliest outbreak in 2016 forced the medical experts to take some serious action to combat the disease. 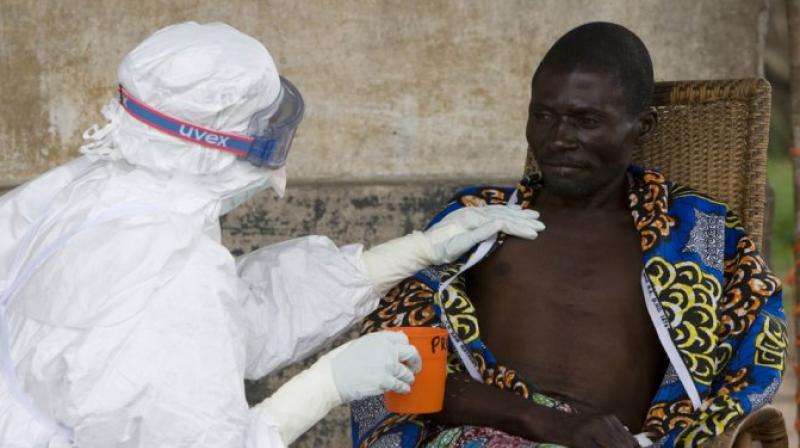 The deadliest outbreak in 2016 forced the medical experts to take some serious action to combat the disease. (Photo: AFP)

The worst Ebola outbreak ended in 2016 after infecting more than 28,000 people and killing about 11,300 people worldwide.

This outbreak forced the medical experts to take some serious action to combat the disease, which included setting up of trial vaccines to stop the disease.

Now it seems that those vaccines are managing to show some promising data as a group of researchers have found an Ebola vaccine is safe for children as well as adults and produces an immune response.

Talking about the vaccine, Professor Sanjeev Krishna, of St George's University of London's Institute for Infection and Immunity, said, "An unprecedented Ebola outbreak showed how it is possible for academics, non-governmental organisations, industry and funders to work effectively together very quickly in times of medical crisis. The results of the trial show how a vaccine could best be used to tackle this terrible disease effectively."

Adding, "We need a system of specialists, medical experts and organisers that maintains vigilance against outbreak diseases like Ebola. We should continue to improve ways to make, evaluate and deliver vaccines when they are needed, often in parts of the world lacking in infrastructure for diagnosing infections and providing treatments."

The first known human cases of Ebola occurred in 1976 during two simultaneous outbreaks in Sudan and the Democratic Republic of Congo, which sickened more than 600 people, according to the World Health Organization.

This vaccine can be really useful for a country like India, who did not see an outbreak of Ebola. Though an Indian national returning from Liberia did test positive for the deadly virus and was quarantined at a special facility at Delhi airport.

The vaccine contains a non-infectious portion of a gene from the Zaire Ebola virus.

In addition, lower vaccine doses should be considered when boosting individuals with pre-existing antibodies to Ebolavirus glycoprotein, a finding that has emerged after the vaccine was tested in a country that has experienced Ebola virus outbreaks in the past.

The vaccine was one of two being examined as a 'candidate' option by the World Health Organisation to identify urgently a vaccine to combat the Ebola virus outbreak in West Africa.

But the outbreak is coming to an end slowly and steadily as in July, World Health Organisation (WHO) did declare the end of the Ebola virus disease in Congo.

The study was published in journal PLOS Medicine.