Walking a leashed dog not advisable for senior citizens 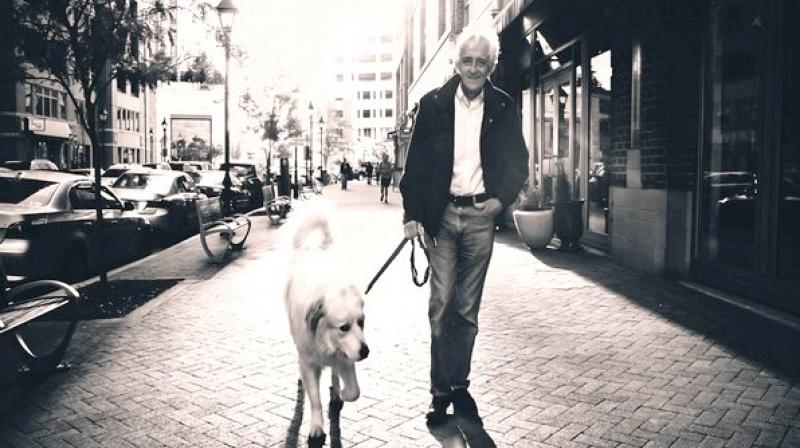 Older women who pet dogs in need of walking were especially at risk of injuries as compared to elderly men. (Photo: Representational/ANI)

Washington: Regular exercise is essential for everyone irrespective of their age and having a pet that requires daily physical activity can be an added motivation to go for a walk. However, according to a new study, walking a leashed dog could increase the risk of fractures in older adults.

An injury, such as fracture, from performing a simple activity like taking your dog for a walk can result in life-altering circumstances in older people. According to a study published in the medical journal JAMA Surgery, such accidents are increasing rapidly. The study looked at patients, who visited hospital emergency departments throughout the United States from 2004 to 2017, reported CNN.

According to the researchers, from 2004 to 2017, there were more than 32,000 emergency room cases of fractures associated with walking leashed dogs, especially among people aged 65 and older. The cases increased from an estimated 1,671 emergency visits in 2004 to 4,396 in 2017.

The researchers from University of Pennsylvania said that medical workers should be identifying at-risk patients before giving exercise recommendations to older adults.

There are many other reasons why older people may already be more prone to fractures, such as reduced bone mass as patients’ age and increased fall frequency.

Older women who pet dogs in need of walking were especially at risk of injuries. Being a female is already a risk factor for fractures and bone disease, such as osteoporosis. Since 78.6 per cent of fractures in the study occurred in women, "older women considering dog ownership must be made aware of this risk," the researchers stated.

"For older adults, especially those living alone and with decreased bone mineral density, the risks associated with walking leashed dogs merit consideration. Even one such injury could result in a potentially lethal hip fracture, lifelong complications, or loss of independence,” the authors wrote.

The researchers suggested that clinicians work with patients who use dog walking as a form of exercise regularly to reduce the risk of injury and fracture. They suggested that could include training dogs not to lunge when leashed and owning smaller breeds of dogs.