Almost 4.3 million cases out of 10.4 million were unreported and manty of them even had multidrug-resistant tuberculosis 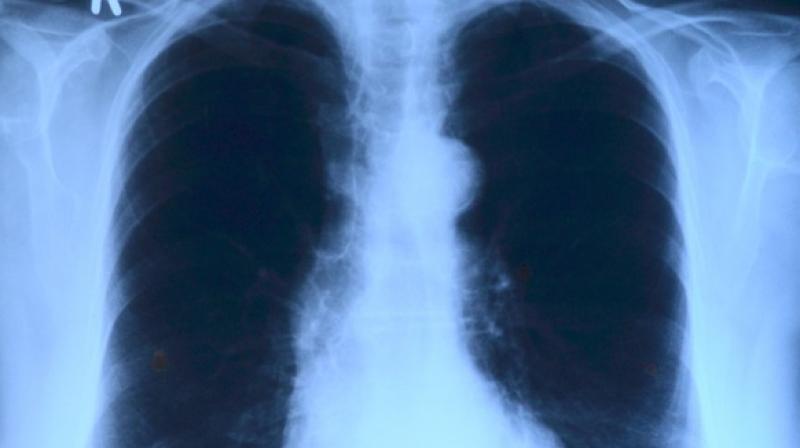 Over 95 per cent of TB deaths occur in low- and middle-income countries. (Photo: Pixabay)

New Delhi: India, Indonesia and Nigeria accounted for almost half of the estimated 4.3 million cases of tuberculosis worldwide that were not documented by the health authorities in 2015, the World Health Organization (WHO) has said.

Noting that there were estimated 10.4 million new TB cases worldwide in 2015, the global health body said that six countries including India accounted for 60 per cent of these. Of these new cases, 5.9 million were men, 3.5 million were women and 1 million were children.

People living with HIV accounted for 11 per cent of the total figure, the WHO said."Six countries accounted for 60 per cent of the new cases -- India, Indonesia, China, Nigeria, Pakistan and South Africa," it added."In 2015, 6.1 million new TB cases were notified to national authorities and reported to the WHO. This reflects a 4.3 million gap between incident and notified cases, with
India, Indonesia and Nigeria accounting for almost half of this gap," the global body said.

2017 is the second year of the two-year "Unite to End TB" campaign for World TB Day and this year the WHO will place a special focus on uniting efforts to "Leave No One Behind", including actions to address stigma, discrimination, marginalisation and overcome barriers to access care. It is also an opportunity to mobilise political and social commitment for further progress in efforts to end TB,
it said.

The WHO said that about 4,80,000 people worldwide developed multidrug-resistant tuberculosis (MDR-TB) in 2015.In addition, around 1,00,000 people developed resistance to rifampicin (the most effective first-line medicine) and needed MDR-TB treatment."The MDR-TB burden largely falls on three countries -China, India, and the Russian Federation - which together account for nearly half of the global cases," the WHO said.

MDR-TB is a form of TB caused by bacteria that do not respond to isoniazid and rifampicin, the two most powerful,first-line anti-TB drugs.TB is one of the top 10 causes of death worldwide. In 2015, 10.4 million people suffered from TB and 1.8 million died from the disease, including 0.4 million of those with HIV."Over 95 per cent of TB deaths occur in low- and middle-income countries," it said.

"49 million lives were saved through effective diagnosis and treatment in 2000-2015, 4,80,000 people developed multidrug-resistant TB in the world in 2015 and two billion US dollars per year needed to fill the resource gap for
implementing existing TB interventions," the WHO said.