Scientists studied the antimicrobial properties of a toxin normally found in a South American wasp. 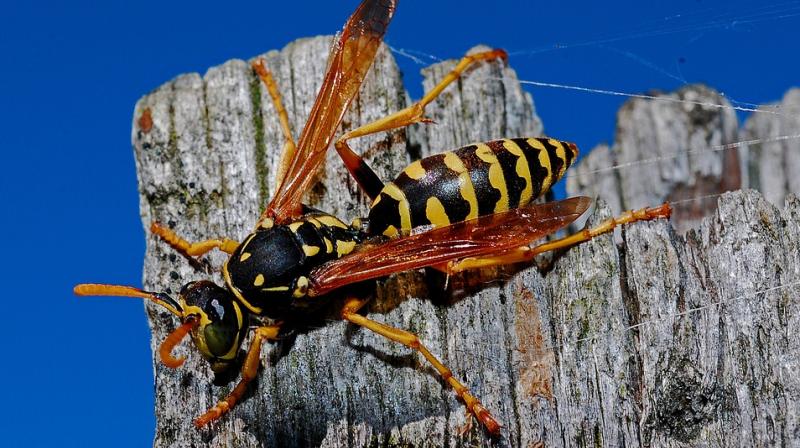 In a study involving mice, researchers found that their strongest peptide could completely eliminate Pseudomonas aeruginosa.

A new research now claims that toxic wasp venom could lead to radical news drugs that kill off superbugs resistant to antibiotics.

The research, carried out at MIT, found scientists studying the antimicrobial properties of a toxin normally found in a South American wasp. The scientists created variants that are potent against bacteria but nontoxic to human cells.

In a study involving mice, researchers found that their strongest peptide could completely eliminate Pseudomonas aeruginosa, a strain of bacteria that causes respiratory and other infections and is resistant to most antibiotics.

Speaking about it, says Cesar de la Fuente-Nunez, an MIT postdoc who led the paper in the journal Nature Communications Biology, said that they have  repurposed a toxic molecule into one that is a viable molecule to treat infections,.

The venom of insects such as wasps and bees is full of compounds that can kill bacteria. Unfortunately, many of these compounds are also toxic for humans, making it impossible to use them as antibiotic drugs.

As part of their immune defenses, many organisms, including humans, produce peptides that can kill bacteria and to help fight the emergence of antibiotic-resistant bacteria, many scientists have been trying to adapt these peptides as potential new drugs.

The peptide that de la Fuente-Nunez and his colleagues focused on in this study was isolated from a wasp known as Polybia paulista.

Subsequently, the team selected the most promising compounds to test in mice infected with Pseudomonas aeruginosa, a common source of respiratory and urinary tract infections. The researchers found that several of the peptides could reduce the infection.

One of them, given at a high dose, could eliminate it completely.