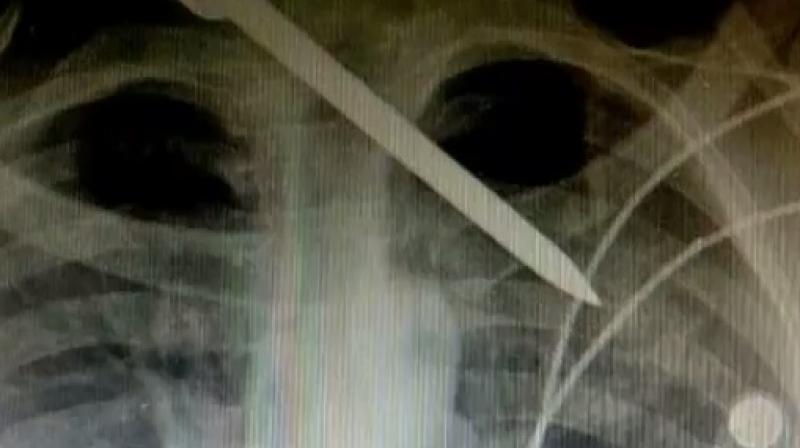 The doctors made three incisions to insert a camera inside (Photo: YouTube)

Even minor injuries to certain organs are likely to lead to a person’s death but sometimes people are lucky enough to miraculously survive. Be it the incident of a man driving himself to the hospital with a nail in his heart or a person walking to the hospital with a knife in his chest, some tales of courage are extraordinary.

In a similar incident from Delhi, a man stabbed with an ice pick in the back by a stranger was saved by doctors despite an injury that left him on the verge of death. The six inch ice pick went through his back and pierced his left lung.

27-year-old Rakesh Kumar was attacked while he was walking to the bus station on his way to work. The doctors had to carry out an hour long operation to remove the weapon from his back.

Doctors followed a procedure called video assisted thoracoscopic surgery as they couldn’t just pull out the ice pick since that would have caused excessive bleeding. Three incisions were made to insert a camera as the team of five carefully removed the pick.