Falls are a leading cause of death and disability among adults 65 and up. 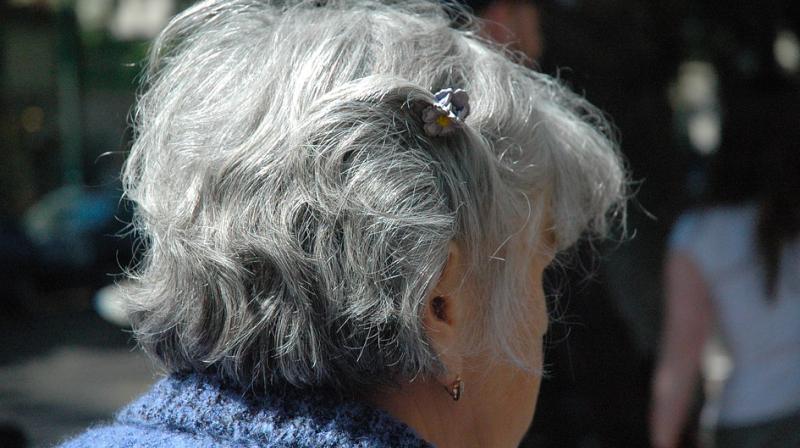 It’s possible that the increased brain activity seen when people walked and talked at the same time in the study might reflect underlying early brain disease or dysfunction. (Photo: Pixabay)

People whose brains work the hardest when they try to walk and talk at the same time may have a higher risk of falling in the future than seniors who can do both with ease, a new study suggests.

Past research has shown that when older people perform cognitively demanding tasks, their brains become more active to handle the challenge, said lead study author Dr. Joe Verghese, director of the division of cognitive and motor aging at Einstein and Montefiore Health System in New York.

For the current study, researchers used forehead sensors to measure changes in oxygen levels in the front of the brain when 166 elderly adults walked, recited the alphabet and did both tasks at once. Oxygen levels rise when the brain is harder at work.

Compared to the participants with average increases in brain activity levels while walking and talking at the same time, people who had bigger spikes in brain activity during this part of the experiment were at least 32 percent more likely to fall during the next four years.

“To our knowledge, this is the first study to link brain activity changes that precede behavioral changes to risk of falls,” Verghese said by email. “Interestingly, it was not the degree of slowing while walking and talking that predicted falls in our high functioning seniors but the brain activity during the performance of this complex task,” Verghese added. “These results still held even after we accounted for milder degrees of cognitive impairment, physical frailty, and previous falls.”

More than one in four older adults fall each year, and falls are a leading cause of death and disability among adults 65 and up, according to the U.S. Centers for Disease Control and Prevention.

Often, falls can be prevented by removing trip hazards and improving lighting at home; exercising to improve balance, strength and flexibility; and taking care of bone, muscle and nerve health. Predicting who is most at risk for falls would make it easier to target prevention efforts where they’re most needed, however.

In the study, published in Neurology, participants were 75 years old on average. They were healthy and didn’t have any signs of dementia, disabilities or walking problems.

Researchers asked them to perform three different tasks: walking at a normal pace, reciting alternate letters of the alphabet while standing and walking at a normal pace while simultaneously reciting alternating letters of the alphabet. They measured brain activity using what’s known as functional near-infrared spectroscopy, a non-invasive way to measure oxygen levels in the front of the brain.

After the experiment, researchers contacted participants every two to three months over the following four years to find out whether they had fallen. Overall, 71 participants reported a total of 116 falls during that time, with 34 people falling more than once. Most of the falls weren’t serious and only 5 percent resulted in fractures.

More research is needed to identify interventions that may influence brain activity during complex walking conditions as a way to prevent falls, the authors note. It’s possible that the increased brain activity seen when people walked and talked at the same time in the study might reflect underlying early brain disease or dysfunction that may also increase the risk of falls, noted Dr. Michele Callisaya, who studies brain aging at the Menzies Institute for Medical Research and the University of Tasmania in Australia.

“A single task might not be sufficiently complex to expose early underlying disease in higher functioning older people,” Callisaya, who wasn’t involved in the study, said by email. “In contrast, walking and talking at the same time requires greater attention.”

Patients concerned about falls should get medical advice on the best ways to avoid falls for their specific situation, Callisaya added.

“For example this may involve balance and strength training, review of medications or advice on footwear,” Callisaya said. “Home modification such as rails for steps, fixing edges of mats and adequate lighting may also be recommended.”