Previous studies have shown opioids were prescribed in nearly one-third of ER visits. 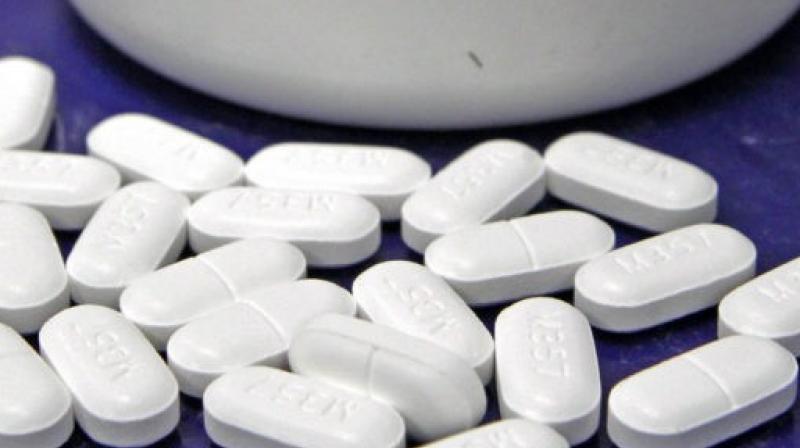 Preventing new patients from becoming addicted to opioids may have a greater effect on the opioid epidemic (Photo: AP)

Chicago: Emergency rooms are where many patients are first introduced to powerful opioid painkillers, but what if doctors offered over-the-counter pills instead? A new study tested that approach on patients with broken bones and sprains and found pain relievers sold as Tylenol and Motrin worked as well as opioids at reducing severe pain.

The study has limitations: It only looked at short-term pain relief in the emergency room and researchers didn’t evaluate how patients managed their pain after leaving the hospital.

But given the scope of the U.S. opioid epidemic — more than 2 million Americans are addicted to opioid painkillers or heroin — experts say any dent in the problem could be meaningful. Results were published Tuesday in the Journal of the American Medical Association.

Long-term opioid use often begins with a prescription painkiller for short-term pain, and use of these drugs in the ER has risen in recent years. Previous studies have shown opioids were prescribed in nearly one-third of ER visits and about 1 out of 5 ER patients are sent home with opioid prescriptions.

“Preventing new patients from becoming addicted to opioids may have a greater effect on the opioid epidemic than providing sustained treatment to patients already addicted,” Dr. Demetrios Kyriacou, an emergency medicine specialist at Northwestern University, wrote in an accompanying editorial.

The study involved 411 adults treated in two emergency rooms at Montefiore Medical Center in New York City. Their injuries included leg and arm fractures or sprains. All were given acetaminophen, the main ingredient in Tylenol, plus either ibuprofen, the main ingredient in Motrin, or one of three opioids: oxycodone, hydrocodone or codeine. They were given standard doses and were not told which drug combo they received.

Patients rated their pain levels before taking the medicine and two hours later. On average, pain scores dropped from almost 9 on a 10-point scale to about 5, with negligible differences between the groups.

Ibuprofen and acetaminophen affect different pain receptors in the body so using the two drugs together may be especially potent, said Dr. Andrew Chang, an emergency medicine professor at Albany Medical College in upstate New York, who led the study.

He noted that a pill combining ibuprofen and acetaminophen is available in other countries; his findings echo research from Canada and Australia testing that pill against opioids for pain relief.