Fewer newborns get whooping cough when moms get vaccinated

Health officials in many countries recommend vaccination during pregnancy. 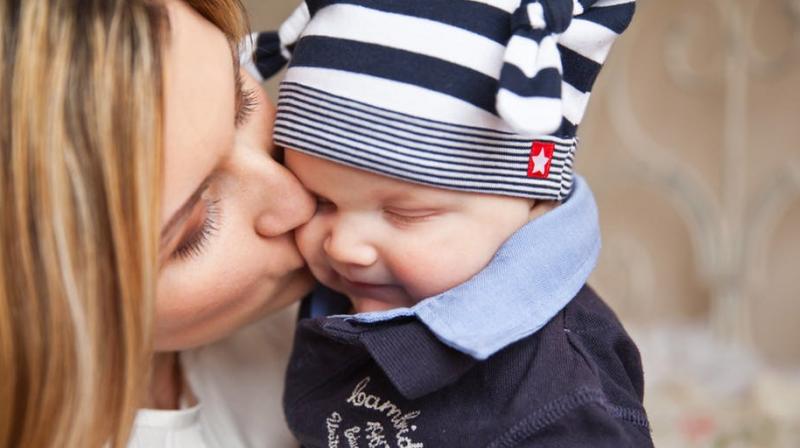 Vaccinating mothers against whooping cough during pregnancy may prevent 9 out of 10 severe cases of this potentially fatal respiratory infection in their babies, a US study suggests.

The bacterium Bordetella pertussis causes whooping cough, which gets its nickname from the sounds patients make as they gasp for air during intense coughing fits. Pertussis is highly contagious and easily spread when an infected individual coughs or sneezes. About half of babies under age 1 who catch pertussis require hospitalization for serious complications like pneumonia or brain disorders.

For the study, researchers examined data on 251 infants who developed whooping cough before 2 months of age and a control group of 537 babies who didn’t catch pertussis as newborns.

Overall, researchers estimate that giving pregnant women the Tdap booster vaccine for tetanus, diphtheria and pertussis prevented about 78 cases of whooping cough in their babies for every 100 mothers vaccinated. The vaccine effectiveness rate was 90 percent when researchers looked only at severe cases requiring hospitalization.

“Our evaluation adds to the growing body of evidence that vaccination during pregnancy is effective at protecting infants from whooping cough in the early months of life, a period when infants are more likely to have severe or even deadly whooping cough infections,” said lead study author Tami Skoff of the US Centers for Disease Control and Prevention (CDC) in Atlanta.

Health officials in many countries recommend vaccination during pregnancy, as well as a series of three shots for infants starting sometime between ages 6 weeks and 3 months. Some countries also recommend that women get vaccinated during each pregnancy because effectiveness of the shot wanes over time.

In early 2013, the CDC recommended that all pregnant women get the Tdap shot, regardless of whether they previously had received this vaccine.

The study examined data collected from 2011 through 2014 in California, Connecticut, Minnesota, New Mexico, New York and Oregon. Researchers compared records on babies with whooping cough to records for similar babies who were born at the same hospital but didn’t contract pertussis.

Most of the women who got vaccinated received their shots during the third trimester of pregnancy, and the vaccine was 78 percent effective at preventing whooping cough for their babies, the study team reports in Clinical Infectious Diseases.

When women got vaccinated in the second trimester, the vaccine was 64 percent effective.

When women got the vaccine at any point prior to pregnancy, the shot was 51 percent effective at preventing infant pertussis, the study also found.

One limitation of the study is that most women who got vaccinated received their shots around the same time, making it impossible to pinpoint meaningful differences in vaccine effectiveness based on when during pregnancy vaccination occurred, the authors note.

Even so, the study results suggest third-trimester vaccination is highly effective at preventing infections in babies too young to receive the vaccine, said Annette Regan, a public health researcher at Curtin University in Australia who wasn’t involved in the study.

“We know that most women say they would accept a whooping cough vaccine if their health provider recommended it to them, but unfortunately we also know that clinicians do not always recommend vaccine to their patients,” Regan said by email.

“The results of this study really highlight why it’s important for clinicians to recommend whooping cough vaccine to every expectant mother,” Regan added.