Healthy drinks along with dietary iron may reduce its benefits

Consuming iron with green tea may not give best results. 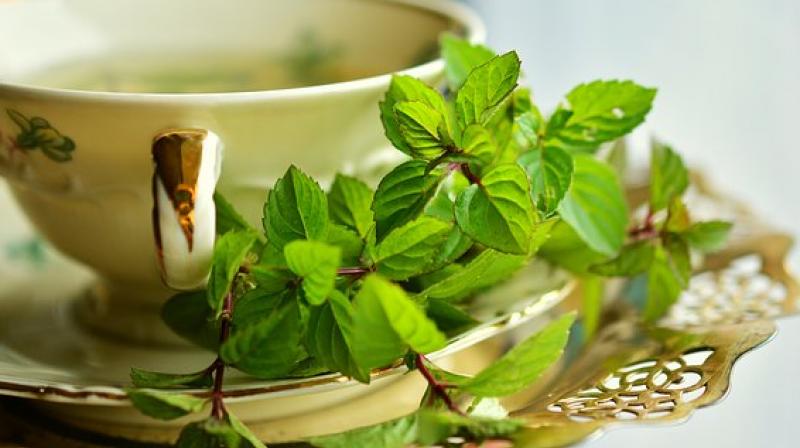 The benefit of green tea depends on the bioavailability of its active components. (Photo: Representational/Pixabay)

Washington: Green tea is known for being a powerful antioxidant. But researchers have learned that consuming the healthy drink along with dietary iron may reduce its benefits. "If you drink green tea after an iron-rich meal, the main compound in the tea will bind to the iron," said Matam Vijay-Kumar, assistant professor of nutritional sciences, Penn State.

"When that occurs, the green tea loses its potential as an antioxidant. In order to get the benefits of green tea, it may be best to not consume it with iron-rich foods," adds Vijay-Kumar. Iron-rich foods comprise of red meat and dark leafy greens such as kale and spinach. According to Vijay-Kumar, the same results also apply to iron supplements.

Inactivation of myeloperoxidase by EGCG may be beneficial in mitigating IBD flare-ups. But when EGCG and iron are consumed simultaneously, iron-bound EGCG loses its ability to inhibit myeloperoxidase.

Adding to this complexity, they found that EGCG can also be inactivated by a host protein, which is highly abundant in inflammatory conditions, says the study published in 'American Journal of Pathology.'

IBD is characterised by chronic inflammation of the digestive tract, which results in bloody diarrhea, pain, fatigue, weight loss and other symptoms including iron deficiency/anemia. It is common for IBD patients to be prescribed iron supplements.

In this scenario, the intake of green tea and iron supplements at the same time would be counterproductive as both nutrients would bind and cancel each other out. "It is important that IBD patients who take both iron supplements and green tea know how one nutrient affects the other," Vijay-Kumar said.

"The information from the study could be helpful for both people who enjoy green tea and drink it for its general benefits, as well as people who use it specifically to treat illnesses and conditions," continued Vijay-Kumar.

"The benefit of green tea depends on the bioavailability of its active components. It is not only matter of what we eat but also when we eat and what else we eat with it," said Beng San Yeoh, a graduate student in immunology and infectious diseases, and first author of the study.