The section 32 of the bill has provisions to allow over 3.5 lakh non-medical persons and communities to practice medicine. 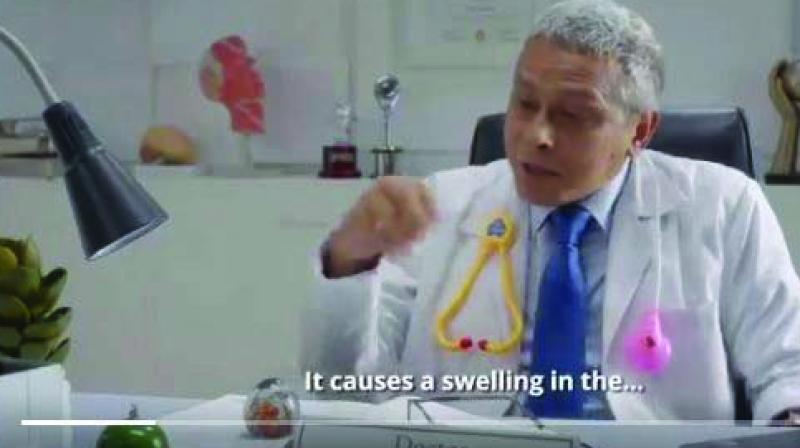 A video that went viral on Twitter where Dr Internet is diagnosing a patient. Courtesy: mfine.

When illness strikes, it is a common tendency for people to take a pill. From headaches to heartburn, the tablet cures it all. But these tablets can often turn fatal if the doctor does not prescribe it.

Even though healthcare systems have gotten more accessible and prescriptions have become a norm, the practice of using the Internet to Google cures and medication for oneself has become popular in the last few years. However, as of last week,

the hashtag ‘#SayNoToDrInternet’ was doing the rounds on Twitter.

This trend rose to the top of the Twitter trend-list when a couple of weeks back the Lok Sabha passed the National Medical Council (NMC) bill. The section 32 of the bill has provisions to allow over 3.5 lakh non-medical persons and communities to practice medicine. 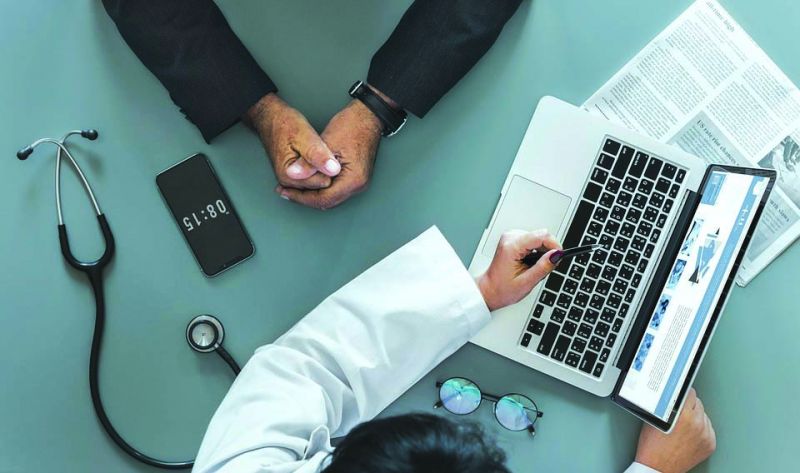 Dr. Rajkumar, a senior consultant of internal medicine, Indian Spinal Injuries Centre (ISIC), reveals that self-medicati on continues to be a significant problem in India. He says, “Ask any individual and he/she will tell you that they often buy drugs without prescription.” He goes on to point a survey that was conducted a few years back among 20,000 people in 10 cities. The survey concluded that a whopping 52% of the respondents indulged in self-medication. The easy availability of several kinds of drugs over the counter (including antibiotics, pain relievers, and proton pump inhibitors) compounds the problem. In fact, many people, especially in small towns, go directly to the chemist, inform their symptoms and ask for medication. The chemists easily oblige.

What most people don't realise is that this practice of gulping pills without consulting a doctor can have serious consequences.

He then explains, “Short term threats of self medication include possible negative interactions with other drugs that you are taking, counter-indications and even inaccurate dosage.” Speaking of long-term effects, he says, “The development of antibiotic resistance in case one has been taking antibiotics recklessly, is a big health hazard. Some drugs have negative side effects on liver and kidney health and, if one consumes them regularly without prescription, it can even be life-threatening.”

Apart from the easy availability of drugs without prescription, causes include a serious lack of awareness among people about the potentially harmful effects of this practice. Concerted awareness campaigns from the government as well as healthcare providers are required to check this menace. He further adds, “We also need strong guidelines and laws to prevent the sale of antibiotics over the counter.”

One of the videos that went viral recently, showed a patient visiting a primary-care physician where the physician goes by the name of Dr Internet. Without even hearing what problem the patient has, he jumps to conclusions and jumbles up the symptoms and even shows one of the patients, the end of the road. One of the users, in response to the video, tweeted, “Getting to a conclusion from the Internet is wrong. But it is equally wrong to scare people off from the source of knowledge. I have prevented major surgeries of multiple people which were recommended by fraud doctors. Not all doctors are good. Many these days have ulterior motives.” Another user tweets, “Too much knowledge is dangerous #SayNoToDrInternet.” On the cautionary front, the other user tweets, “Although the internet helps you in most situations, you can't really trust its info and it embarrasses you #SayNoToDrInternet.”