Singing is a key part of courtship for birds, used by males to court favoured females and used by females to pick the highest quality male. 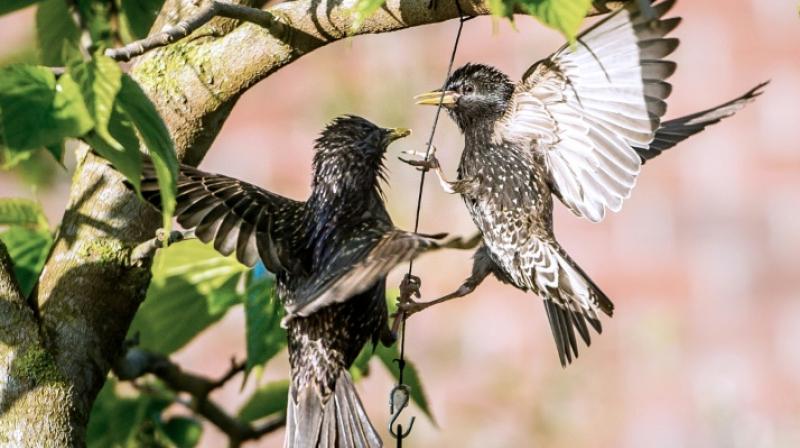 The findings suggest that exposure to an antidepressant reduced female attractiveness. (Photo: AFP)

Songbirds altered their courtship behaviour following exposure to antidepressants increasingly found in the natural environment, according to scientists in Britain who conducted a three-year study.

Male starlings sang less and were more aggressive towards females who had been given small doses of the antidepressant fluoxetine, commonly known as Prozac, researchers at the University of York found.

They believe the study -- to be published in the journal Chemosphere -- shows such changes in behaviour could put songbirds at risk in the wild.

"Here is the first evidence that low concentrations of an antidepressant can disrupt the courtship of songbirds," said Kathryn Arnold, from the university's environment department.

"This is important because animals that are slow to find a mate often won't get to breed.

"With many wildlife populations in decline, we have to ask whether more could be done to remove chemical contaminants like pharmaceuticals from our sewage."

River systems around the world are coursing with over-the-counter and prescription drugs waste which harms the environment, according to the European Geosciences Union conference in Vienna in April.

If trends persist, the amount of pharmaceutical effluence leaching into waterways could increase by two-thirds before 2050, it was reported.

In Britain, there were 64.7 million antidepressant items prescribed in 2016, the York study noted.

Like other human pharmaceuticals, they enter the environment via sewage and contaminate birds foraging on invertebrates at wastewater treatment plants.

With the implications poorly understood, the York scientists tested the impact on starlings, a species commonly found feeding at such sites.

The most visible results emerged after they paired males for two days with a female who had been dosed with prozac, with changes in typical behaviour.

"Singing is a key part of courtship for birds, used by males to court favoured females and used by females to choose the highest quality male to father their chicks," said Sophia Whitlock, researcher on the project.

"Males sang more than twice as often and as long to untreated females compared to females that had been receiving low doses of Prozac."

Meanwhile, instead of courting them, males were more likely to chase, peck or claw the female starlings on Prozac.

"Our findings suggest that exposure to an antidepressant reduced female attractiveness," the study's authors wrote.

They said it added to "growing evidence that environmental concentrations of pharmaceuticals can alter important traits related to individual fitness and population dynamics."