Brain function can be affected by action video games

Shaped like a seahorse, hence its name, the hippocampus is the part of the brain that helps people to orient themselves. 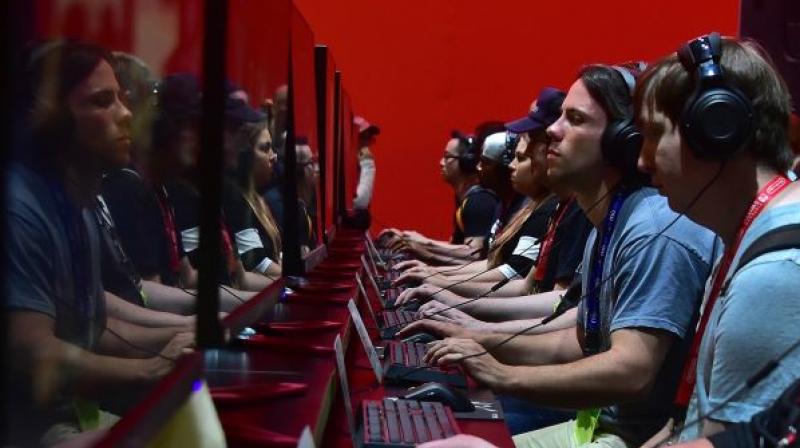 Washington: You may rethink before playing your way to more brain power as a new study has suggested that in many cases, gaming can do more harm than good.

In the Universite de Montreal study, lead author Greg West revealed that habitual players of action games have less grey matter in their hippocampus, a major part of the brain. And the more depleted the hippocampus becomes, the more a person is at risk of developing brain illnesses and diseases ranging from depression to schizophrenia, PTSD and Alzheimer's disease.

"Video games have been shown to benefit certain cognitive systems in the brain, mainly related to visual attention and short-term memory," said West. "But there is also behavioural evidence that there might be a cost to that, in terms of the impact on the hippocampus."

"That's why we decided to do a full neuro-imaging study, scanning the brains of habitual players of action video games and comparing them to non-players, and what we saw was less grey matter in the hippocampus of habitual players. We then followed that up with two longitudinal studies to establish causality, and we found that it was indeed the gaming that led to changes in the brain."

Shaped like a seahorse, hence its name, the hippocampus is the part of the brain that helps people to orient themselves (so-called spatial memory) and to remember past experience (episodic memory). Taxi drivers in London, England, for example, have been shown to have more developed hippocampi. More grey matter in the hippocampus means a healthier brain, all round.

However, there's another important part of the brain called the striatum that counterbalances the hippocampus. It has an area known as the caudate nucleus that acts as a kind of "autopilot" and "reward system" - getting us home from work, for example, and telling us when it's time to eat, drink, have sex and do other things that keep us alive and happy. The caudate nucleus also helps us form habits and remember how to do things like ride a bicycle.

"If action video games lead to decreases in grey matter in the hippocampus [of young adults], caution should be exerted when encouraging their use... [by] children, young adults and older adults to promote cognitive skills such as visual short-term memory and visual attention," the study said. Indeed, the "results suggest that improvement in such cognitive skills may come at a cost."

Specifically, patients with Parkinson's disease combined with dementia, as well as those with Alzheimer's disease, schizophrenia, depression or PTSD - all of whom have less grey matter in their hippocampus - "would not be advised to [follow] action video game treatments," according to the study.

To do their investigation, the researchers recruited close to 100 people (51 men, 46 women) at UdeM and got them to come in and play a variety of popular shooter games like Call of Duty, Killzone and Borderlands 2, as well as 3D games from the Super Mario series, for a total of 90 hours.

The study is published in Molecular Psychiatry.