Eating eggs not dangerous for diabetics

Having up to 12 eggs per week for a year did not raise cardiovascular risk factors in the patients with pre-diabetes and type 2 diabetes. 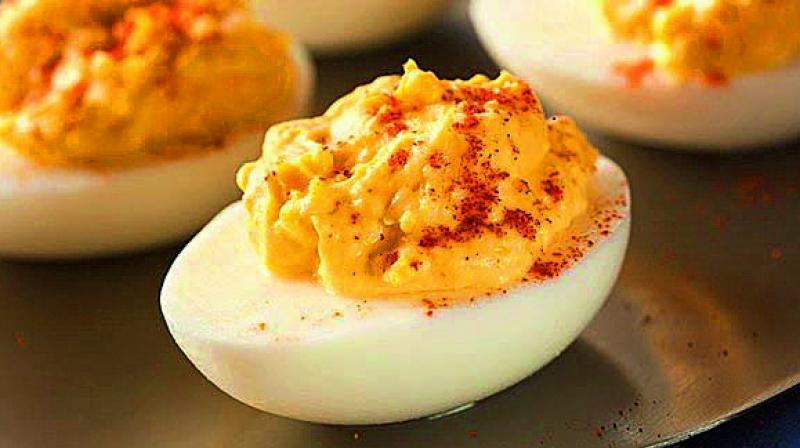 Findings of study are important due to the potential health benefits of eggs for people with pre-diabetes and type 2 diabetes.

Washington DC: Despite the conflicting advice, eating up to 12 eggs per week for a year did not raise cardiovascular risk factors in the patients with pre-diabetes and type 2 diabetes, according to a study.

In the initial trial of the University of Sydney research, the participants aimed to maintain their weight while embarking on a high-egg (12 eggs per week) or low-egg (less than two eggs per week) diet, with no difference in cardiovascular risk markers identified at the end of three months.

At all stages, both groups showed no adverse changes in cardiovascular risk markers and achieved equivalent weight loss - regardless of their level of egg consumption, lead researcher Nick Fuller explained.

"Despite differing advice around safe levels of egg consumption for people with pre-diabetes and type 2 diabetes, our research indicates people do not need to hold back from eating eggs if this is part of a healthy diet," Fuller said.

The extended study tracked a broad range of cardiovascular risk factors including cholesterol, blood sugar and blood pressure, with no significant difference in results between the high egg and low egg groups.

"While eggs themselves are high in dietary cholesterol - and people with type 2 diabetes tend to have higher levels of the 'bad' low density lipoprotein (LDL) cholesterol - this study supports existing research that shows consumption of eggs has little effect on the levels of cholesterol in the blood of the people eating them," Fuller explained.

Fuller said that the findings of the study were important due to the potential health benefits of eggs for people with pre-diabetes and type 2 diabetes, as well as the general population.

"Eggs are a source of protein and micronutrients that could support a range of health and dietary factors including helping to regulate the intake of fat and carbohydrate, eye and heart health, healthy blood vessels and healthy pregnancies."

The different egg diets also appeared to have no impact on weight, Fuller said.

"Interestingly, people on both the high egg and low egg diets lost an equivalent amount of weight - and continued to lose weight after the three month intended weight loss phase had ended," he said.

The research has been published in the American Journal of Clinical Nutrition.