Heart failure should be a public concern, experts say

The burden of CVDs is rising at a significantly high rate amongst middle-income and lower-income geographies. 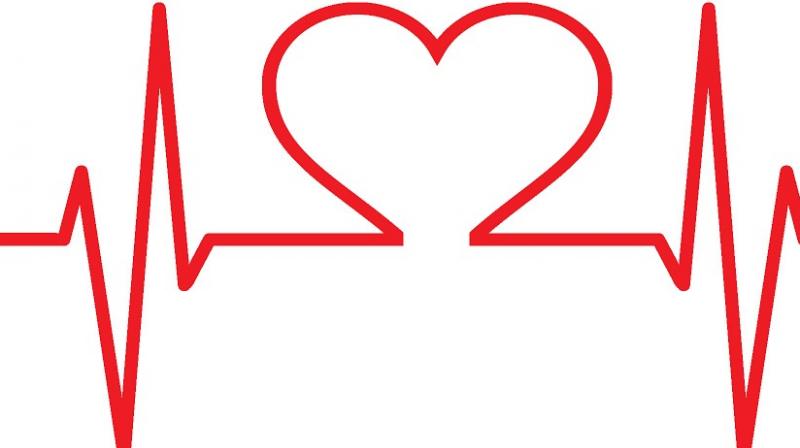 New Delhi: Heart Failure is a progressive, debilitating and potentially life-threatening condition, which is responsible for silently killing one-third of patients during hospital admission and one-fourth within 3 months of diagnosis.

On World Health Day 2018, the Cardiological Society of India (CSI) has urged the people to prioritise heart failure as a public health priority. The need of the hour is to develop a comprehensive approach to combat heart diseases in India which is on its way to becoming an epidemic in the country.

Focusing on the 'Health for all' theme of World Health Day 2018, the CSI calls for introducing programmes concentrating on screening and detection of symptoms of heart diseases amongst the rural population as such initiatives need to be scaled up across the country.

It is important that the growing incidence of heart failure should be seen as a public health challenge to further reduce mortality and morbidity due to heart failure.

'Heart failure' doesn't mean that the heart is about to stop working, but it is a potentially life-threatening condition where the heart cannot pump enough blood around the body. This, in most cases, happens because the heart muscle, which is responsible for the pumping action, weakens or stiffens over time.

According to the Non-Communicable Diseases Country Profiles released by the WHO, of the estimated 98.16 lakh deaths in India, NCDs led to nearly 6 million, which is 60 percent of the total mortality reported annually in the country.

Cardiovascular diseases (CVDs) are the leading cause of mortality, accounting for more than half of all deaths resulting from NCDs. The burden of CVDs is rising at a significantly high rate amongst middle-income and lower-income geographies.

According to Dr. K. Sarat Chandra, President, Cardiological Society of India, "Indians have all the reasons to be alarmed over matters of the heart. With the burden of heart failure snowballing in India and the associated high death rates, it is necessary to recognize heart failure as a public health priority in the country. The disease has socio-economic and emotional implications for the patient and his family, impacting the overall quality of life. The need of the hour is for all stakeholders to come together to develop a community-level approach to raise awareness about this condition."

The increased prevalence of heart diseases in India can be attributed mainly to lifestyle factors like tobacco use, unhealthy diet, physical inactivity and psychosocial stress. Heart failure is a global health problem, affecting about 26 million people worldwide. The disease burden of heart failure is around 10 million in India.

Dr Ambuj Roy, Additional Professor of Cardiology, AIIMS, New Delhi, said, "Untreated Heart Failure is a rapidly progressive and potentially fatal condition, so it is important to recognize the symptoms promptly and get treated at the earliest to prevent a rapidly downhill course. This is especially critical, since there is no way to reverse the damage already done, and treatment helps in containing further damage to the heart and other body organs. Simple medicines and in some cases implantable devices are known to benefit these patients and prolong their survival."

Data from low-income and middle-income countries like India suggested that mortality in patients with heart failure in these countries is greater than that in high-income countries. It is estimated to have cost about US$100 billion in 2012. The marked variation in mortality is attributed to low awareness, economic disparity, and ease of access to high-quality healthcare facilities, environmental and genetic factors.