Every one unit increase in ozone concentration was associated with a three per cent lower chance of having dense breasts. 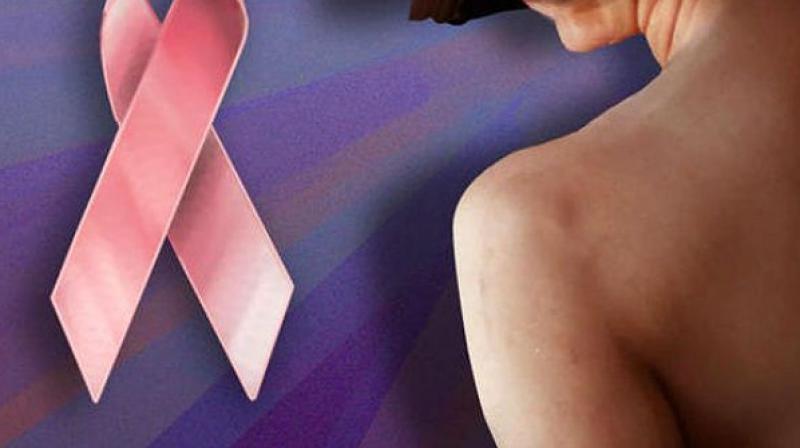 Having dense breasts is a well-established risk factor for breast cancer. (Representational Image)

New York: Women who live in areas with high air pollution may have an increased risk of developing breast cancer, a new study warns. Researchers from University of Florida in the US studied about 280,000 women undergoing mammographic screening.

Air pollution data corresponding to the area women lived in was also collected. Having dense breasts is a well-established risk factor for breast cancer. Breast density is measured by mammography and reflects the relative amounts of different tissue types in the breast, researchers said.

Dense breasts contain a higher percentage of fibroglandular tissue which obscures mammography and makes it difficult to identity abnormalities such as a breast tumour. Researchers found that for every one unit increase in fine particle concentration (PM2.5), a woman's chance of having dense breasts was increased by four per cent.
Women with dense breasts were around 20 per cent more likely to have been exposed to higher concentrations of PM2.5.

Conversely, women with less dense, or breasts with more fatty tissue, were 12 per cent less likely to have been exposed to high concentrations of PM2.5. "Our findings suggest that previously reported geographic variation in breast density could, in part, be explained by different air pollution patterns in urban and rural areas," said Lusine Yaghjyan of University of Florida.

"Breast density is a well-established and strong breast cancer risk factor so future studies are warranted to determine if the observed associations are causal, which if
confirmed may have implications for risk prevention," Yaghjyan said. Researchers also looked at the association between ozone exposure and breast density among the women. They found that every one unit increase in ozone concentration was associated with a three per cent lower chance of having dense breasts.

Although causation cannot be established in this observational study, due to uncontrolled factors, these pollutants could potentially influence breast density by interfering with growth of cells in the breast and increasing the relative amount of fibroglandular tissue. The study was published in the journal Breast Cancer Research.