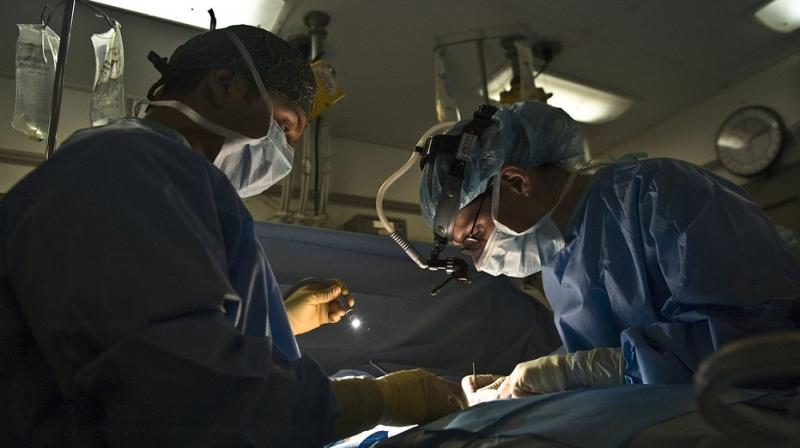 The police and traffic authorities created a green corridor to transport the heart from PGI Hospital to Fortis Escorts Heart Institute where the surgery took place. (Photo: Pixabay)

New Delhi: Heart of a 32-year-old woman has been transplanted into a 13-year-old youth at a private hospital here, a few months after an organ mismatch had precluded the surgery.

The harvested heart was transported yesterday from Chandigarh to Delhi in a special aircraft for the surgery that took place till late last night at Fortis Escorts Heart Institute (FEHI).

"When we first heard that the donor was a 32-year-old person, it looked that the match might not be possible. This child is second-time lucky since a heart was brought in a few months ago from an elderly patient and hence could not be put in his body," said Dr Z S Meharwal, Director of Cardiovascular Surgery and Transplant Surgery at FEHI, who conducted the transplant.

The hospital authorities said the Cardiac Transplant Team from FEHI flew down to PGI Hospital, Chandigarh and retrieved the heart from the donor at 11.20 am.
"The police and traffic authorities immediately created a green corridor for transferring the harvested heart to Delhi. The heart was ferried in an ambulance from PGI Hospital to the airport. It was swiftly moved into a chartered flight to reach IGI Airport here by 1 PM," an official of FEHI said.

In Delhi, a green corridor was created, covering a distance of 18 kms from Terminal 1D in 18 minutes. The journey began at 1:05 PM and ended at 01:23 PM. Explaining the challenges involved, Meharwal said, "This time, the body weight of the donor was around that of the recipient and hence their chest cavities were nearly comparable, though we still had to use special techniques to
connect arteries of the donor heart with those of the recipient."

FEHI said this was the sixth transplant performed there. The donor, a resident of Faridabad, was declared brain dead at PGI Hospital after being on ventilator support for three weeks. "The family of the donor consented to donate her heart,
kidneys, and liver," it said.

In another transplant yesterday, heart of a 45-year-old man was transplanted into a 20-year-old youth at AIIMS here for which a 17.5 km-long green corridor was made by the authorities in the national capital."The man had sustained brain injury after suffering a fall. We were intimated by NOTTO (National Organ & Tissue Transplant Organisation) and a team of doctors went to Chandigarh by a flight last night. They harvested the heart from the brain dead patient on Thursday morning around 5 AM and came back to Delhi.

"It was then transplanted into a 20-year-old young man, who suffers from dilated cardiomyopathy," said Dr Balram Airan, Dean, AIIMS and chief of the Cardio Thorasic Centre. The man was declared dead at PGI, Chandigarh and the
family agreed to donate his heart, he added."From T3 terminal at IGI Airport, we provided a green corridor of 17.5 km. The journey to AIIMS from the airport
began at 8:50 AM and ended at 09:17 AM," a senior official of the Delhi Traffic Police Department said.