Abbott’s dissolvable stent to be replaced by Indian absorbable scaffold

The move came following the results of two big research trials that raised safety concerns in using the device. 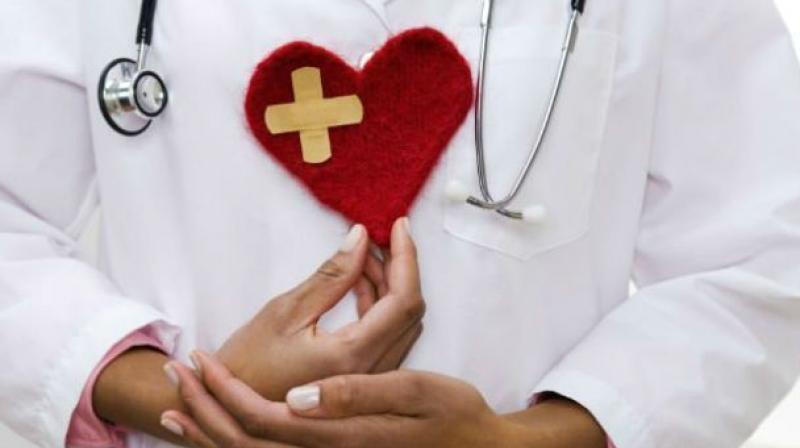 The absorbable stents are fully dissolving artery stents that are absorbed by the body over roughly three years. (Representational Photo)

Used in coronary artery disease patients, Abbott decided to “limit’ the use of its Bioresorbable Vascular Scaffold (BVS) also known as absorbable stents from regular commercial access to only those cases registered under clinical registry in Europe recently, causing a lot of heartache to the cardiologists in India. The move came following the results of two big research trials that raised safety concerns in using the device.

While Abbott says it is “coordinating with EU Health Authorities to collect additional real-world evidence for Absorb and will monitor their technology until summer of 2018 and review the situation then. Cardiologists in India are keenly awaiting yet to be launched Indigenous scaffold.

The absorbable stents are fully dissolving artery stents that are absorbed by the body over roughly three years. Its eventual disappearance in order to free the vessel of a metal cage, is according to Cardiologists a significant benefit and that’s why it is considered to be better over existing technology. “Certainly the implantation technique of BVS is different from metallic stents. Contrary to the results of these studies, my personal experience of absorb BVS in the past two years have been very encouraging. In more than 100 BVS implants by me, there was not a single complication of thrombosis and restenosis,” said Dr Nishith Chandra, Director, Interventional cardiology, Fortis Escorts Heart institute.

While doctors call it a “promising” device, it’s the deployment that holds the key. “The implementation technique of BVS is different from metallic stents and in my opinion if deployed meticulously, following all the safety steps, Absorb BVS is a promising device for the coronary heart patients. In the aftermath of Absorb withdrawl the only Indian absorbable scaffold Meres from Meril India company which is soon to be launched would certainly be keenly watched,” Dr Chandra added.

Meanwhile, Abbott has initiated post marketing registries in Europe to monitor implementation technique for the Absorb dissolving stent. “Analysis of Absorb trials from around the world have demonstrated that optimal implantation technique results in outcomes comparable to the best-in-class metallic drug eluting stent with the added feature of leaving no metal behind once it dissolves-the data has been presented at major cardiology medical meetings in the US last month. The Drug Controller General of India (DCGI) has been alerted about it,” spokesperson of Abbott told this newspaper.