Although it is possible that vaping might increase susceptibility to pneumonia, the effect is likely to be lower than from smoking itself. 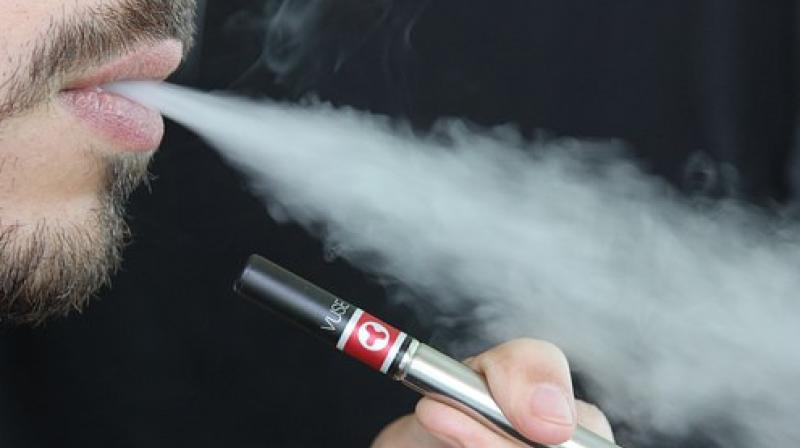 This study should not be used as a reason to continue to smoke rather than vape. (Photo: Pixabay)

A study published in the European Respiratory Journal did not directly compare vaping’s effect to that of smoking tobacco cigarettes.

But the findings did suggest that users of electronic cigarettes may be at higher risk of lung infection than people who do not vape, the research team reported.

“If you choose to take up e-cigarettes... this indicates a red flag that there may be an increased susceptibility” to pneumococcal bacteria, study co-author Jonathan Grigg of the Queen Mary University of London told AFP.

Grigg and a team conducted three types of experiment. One exposed human nose lining cells to e-cigarette vapor in the lab, another involved mice inhaling vapor and then being exposed to pneumococcal bacteria, the main cause of pneumonia.

The team noticed a sharp increase in the amount of bacteria sticking to airway cells after e-cigarette exposure. Such adhesion has previously been shown to increase susceptibility to disease.

“Some people may be vaping because they think it is totally safe, or in an attempt to quit smoking, but this study adds to growing evidence that inhaling vapor has the potential to cause adverse health effects,” said Grigg.

“By contrast, other aids to quitting such as (nicotine) patches or gum do not result in airway cells being exposed to high concentrations of potentially toxic compounds.”

Last month, a US study said vaping may increase cancer risk because it leads to DNA damage, despite containing fewer carcinogens than tobacco smoke.

That study, too, did not compare the effects of cigarette smoking directly to vaping.

Research in the journal Tobacco Control last October said a large-scale switch from tobacco to e-cigarettes would prevent millions of premature deaths by the year 2100, even assuming the gadgets are themselves not risk-free.

E-cigarettes, said to contain no tar and fewer toxins than tobacco cigarettes, were developed as a safer alternative to tobacco smoking.

But many people fear that a harmless veneer may make e-cigarettes a “gateway” for young people to lifelong nicotine addiction.

“Although it is possible that vaping might increase susceptibility to pneumonia, the effect is likely to be lower than from smoking itself,” he said via the Science Media Center.

“This study should not be used as a reason to continue to smoke rather than vape — the evidence to date is that e-cigarettes are far less harmful than smoking.”