Implants may be best birth control for diabetic women

Women with diabetes need to time their pregnancies for a number of reasons. 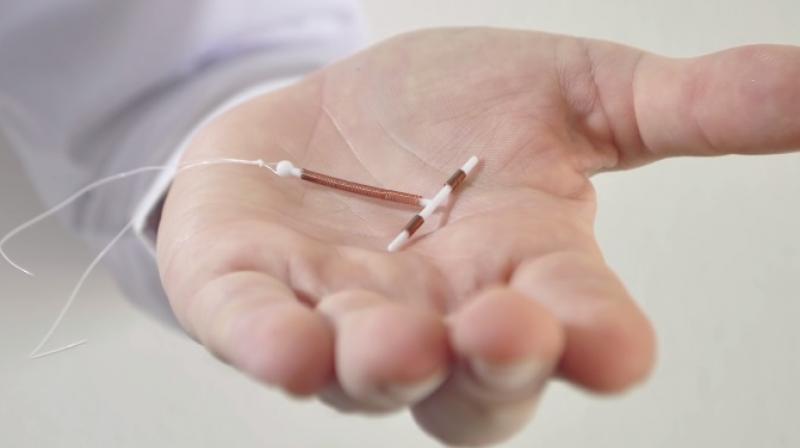 Intrauterine devices (IUDs) and contraceptive implants that are placed under the skin were linked with the lowest risk of blood clots in these higher-risk women. (Credit: YouTube)

The two most effective hormonal birth control methods for women in general are also excellent options for women with diabetes, according to a new study.

Intrauterine devices (IUDs) and contraceptive implants that are placed under the skin, both of which are highly effective, were linked with the lowest risk of blood clots in these higher-risk women.

Hormonal contraceptives boost women's risk for clots, which can lead to heart attack and strokes. That's a particular problem for women with diabetes, who are at increased risk for blood clots to begin with.

While many contraceptives use a combination of two hormones, estrogen and progestin, the World Health Organization advises that women at increased risk of a blockage caused by a blood clot - known as a thromboembolism - use contraceptives containing only progestin.

Women with advanced diabetes and those with diabetes and other risk factors for heart disease are in that high-risk group, according to the authors of the new report. Dr. Eleanor Bimla Schwarz of the University of California, Davis in Sacramento and her colleagues analyzed data on 146,080 U.S. women with diabetes, ages 14 to 44.

During the study, the researchers identified 3,012 so-called thrombotic events. Blood clots were most common among women using estrogen-containing contraceptive patches, with 16 events each year for every 1,000 women.

"In some ways, that’s a convenient finding, because . . . IUDs and implants are the most effective form of contraceptive," Schwarz told Reuters Health.

She noted, however, that the best form of birth control is the one women want to use. Schwarz also emphasized that the absolute risk of thromboembolism with contraception is low, even for women with diabetes.

Dr. Natalie Whaley, an obstetrician/gynecologist and family planning provider at the University of Rochester Medical Center in New York, said the findings confirm earlier research about women's risk for thromboembolism with diabetes.

"For women with chronic medical conditions where you can have poor obstetric outcomes including risk for fetal anomalies, it's even more important that women are getting highly effective contraception," said Whaley, who wasn't involved with the new study.

She told Reuters Health that women with diabetes need to time their pregnancies for a number of reasons, including the fact that having good control of their blood sugar will reduce the risk of miscarriage and fetal anomalies.

The new study had some limitations. The researchers did not have data on the women's family history of blood clots, and their information on whether women smoked or were obese may have been incomplete. Also, most women were enrolled in commercial health plans, and the results may not be applicable to uninsured women or those in publicly funded insurance programs.