Antibiotics for dental procedures may up superbug infection

Wiping out the protective bacteria can allow the growth of Clostridium difficile (C diff) bacteria, leading to deadly diarrhoea. 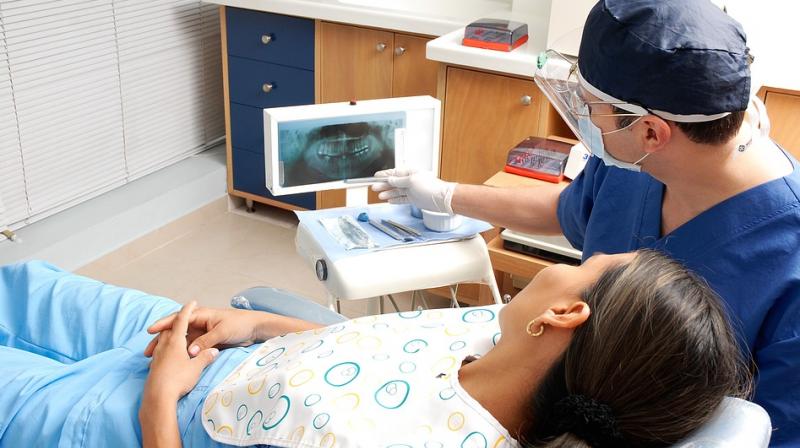 Antibiotics prescribed by dentists can allow the growth of a serious and potentially deadly bacteria that causes severe diarrhoea, a study warns.

Wiping out the protective bacteria can allow the growth of Clostridium difficile (C diff) bacteria, leading to severe and potentially deadly diarrhoea.

C diff can occur after just one dose of antibiotics and is one of the top three most urgent antibiotic-resistant threats identified by the US Centers for Disease Control and Prevention (CDC).

Researchers from Minnesota Department of Health (MDH) in the US interviewed 1,626 people with community-associated C diff between 2009 and 2015.

Of those, 926 (57 per cent) reported they had been prescribed antibiotics, 136 (15 per cent) of those for dental procedures.

The study found that patients who were prescribed antibiotics for dental procedures tended to be older and more likely to receive clindamycin, an antibiotic that is associated with C diff infection.

Of those who had received antibiotics for a dental procedure, 34 per cent had no mention of antibiotics in their medical charts, illustrating the disconnect between dental and medical care, researchers said.

"Research has shown that reducing outpatient antibiotic prescribing by 10 per cent could decrease C diff rates outside of hospitals by 17 per cent," said Stacy Holzbauer from MDH.

"Limiting the use of inappropriate antibiotics in dentistry could also have a profound impact," said Holzbauer.

Dentists have been overlooked as a source of antibiotic prescribing, which can potentially delay treatment when doctors are trying to determine what is causing a patients illness, researchers said.

It is important to educate dentists about the potential complications of antibiotic prescribing, including C diff.

Dentists write more than 24.5 million prescriptions for antibiotics a year. It is essential that they be included in efforts to improve antibiotic prescribing, they said.