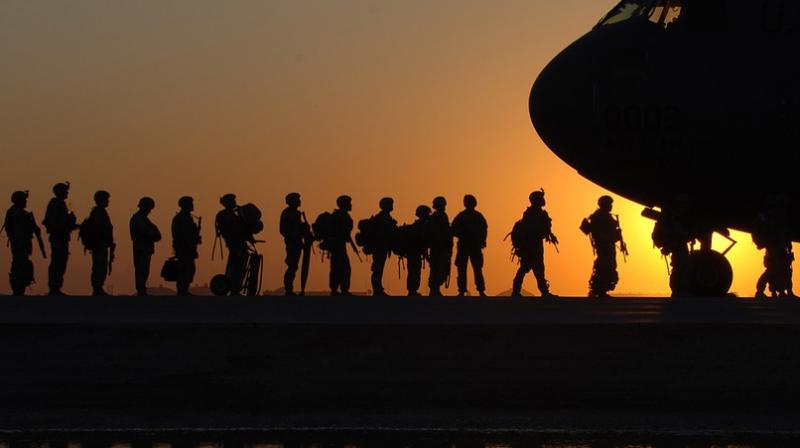 More than one-third of U.S. Army soldiers who attempt suicide don’t have a history of mental health problems, a recent study suggests.

Attempted suicides have become more common among enlisted soldiers since the start of the wars in Afghanistan and Iraq, researchers note in JAMA Psychiatry. While a history of mental illness has long been linked to an increased risk of suicide among military service members and civilians alike, less is known about the risk among soldiers who haven’t been diagnosed with psychiatric disorders.

For the current study, researchers examined data on 9,650 active-duty Army soldiers who attempted suicide between 2004 and 2009 as well as a control group of more than 153,000 soldiers who didn’t attempt suicide.

Overall, 3,507, or 36 percent, of the soldiers who attempted suicide had no previous diagnosis of mental illness, the study found.

“Soldiers without a mental health diagnosis may have had mental health problems but had not reported them to their medical care teams,” said lead author Dr. Robert Ursano, director of the Center for the Study of Traumatic Stress at the Uniformed Services University of the Health Sciences in Bethesda, Maryland.

“This can be because they do not think they have a problem, they are concerned about stigma associated with mental health care - which is true in both military and civilian settings - or they felt even if they reported their problems to their physicians that nothing would help,” Ursano said by email.

Some factors unique to military service did appear to influence the odds of a soldier with no prior mental illness diagnosis attempting suicide.

For example, even without a history of mental illness, soldiers in their first year of military service were six times more likely to attempt suicide than people in the Army for longer.

And soldiers without a prior mental health diagnosis who had previous deployments were 2.4 times more likely to attempt suicide than those without prior deployments.

Previous combat injuries were also associated with a 60 percent higher risk of suicide attempts among soldiers without a history of mental illness.

The study wasn’t designed to prove whether or how a prior mental health diagnosis might directly impact the risk of suicide, and it’s impossible to know what proportion of people without a prior diagnosis might have been suffering from untreated mental illness.

Army suicide rates were lower in the 2000s than in the general population, Mark Reger of the Veterans Affairs Puget Sound Health Care System in Seattle and colleagues point out in an accompanying editorial. Mental health care for soldiers has also shifted from being provided primarily in mental health clinics to being offered in other settings, Reger and colleagues note.

“Since soldiers without a mental health diagnosis are unlikely to be seen in mental health clinics by definition, a focus on prevention in other settings appears warranted,” they write.

Behavioral health services are more widely available today, and mental health clinicians may deploy with units or be available within walking distance of barracks to make it easier for soldiers to access care, they write. Reger and a spokesperson for the VA declined to comment.