Researchers found sleep intervention in infancy reduces the risk of obesity in the later stages of an infant's life. 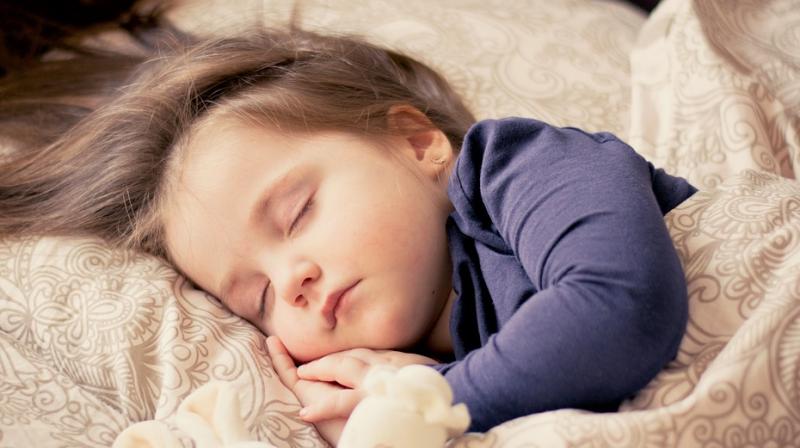 Washington: When it comes to obesity prevention, sleep is not usually what comes to one's mind. However, a new research has revealed that sufficient sleep during infancy can help curb long-term obesity.

One in three children are overweight or obese by the time they start school. Treating obesity once established is challenging, however, researchers observed that sleep intervention in infancy reduces the risk of obesity for participants in the later stages of an infant's life.

"Sleep is a very important behaviour that we need to consider. In terms of maintaining a healthy weight, sleep usually isn't the first behaviour that comes to mind - for parents or health practitioners - yet the research is actually very clear," said researcher Rachael Taylor.

"The relationship between not getting enough sleep and being at a higher risk of obesity is actually stronger than the evidence base for nutrition or activity, where the findings are often more mixed," Taylor added.

The researchers studied more than 800 babies, dividing their mothers into four groups, three of which received intervention in addition to the standard Well Child/Tamariki Ora care: sleep; promotion of breastfeeding, healthy eating, and physical activity; and a combination of both.

For sleep intervention, pregnant women, mothers, and their partners were invited to a group discussion based on what to expect, sleep-wise, with their baby in the first few months and how to prevent sleep problems.

When the infants were about three weeks old, they were monitored at home to understand their sleep pattern. The researchers talked to parents about assisting their child with sleep by learning to recognise signals from the baby that they were tired, and then encouraging the baby to settle themselves to sleep. If a sleep problem developed, expert support was immediately available until infants were two years old.

For nutrition and activity intervention, mothers had access to a lactation consultant at least two times during the first few months of feeding; researchers visited them to discuss how to eat healthily as a family and conducted group sessions for parents and babies about being physically active as a family.

Researchers found the brief sleep intervention reduced the risk of obesity in the years that followed, while no benefit was observed with the nutrition and activity intervention.

"For those children who received the sleep intervention, we found that at two years of age they had about half the risk of obesity compared with children who had not received the sleep intervention. As any parent knows, getting enough good quality sleep keeps a child happy, behaving well and enjoying life. However, it also helps them do well at school, their diets are better, and they tend to be more active - all factors that help us be healthier," added Taylor.

According to co-author Barry Taylor, it is important for children to have a regular sleep routine. Children should go to bed at a time that gives them enough sleep so that they are not tired the next day, and screen-time should be avoided for at least 30 minutes before going to bed, as well as in bed.

The study appeared in the American Journal of Clinical Nutrition.