While sanitary napkins are currently the most popular alternative, they make up for a considerable amount of sanitary waste. 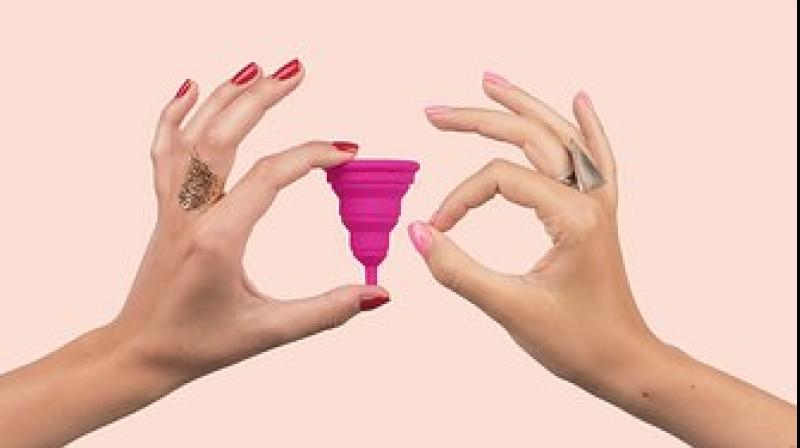 In addition to being environment-friendly, menstrual cups are also cheaper than pads. (Photo: Representational/Pixabay)

Reusable menstrual cups made of medical grade silicon seem to be turning into a trend in women’s personal hygiene. The Alappuzha municipality, with its initiative ‘Project Thinkal’, launched in June, is the first one to do so in Kerala. This move is redefining the way people view female hygiene. However, it’s a long way to go before it gains widespread popularity among the state’s womenfolk.

In the initial phase of the campaign, the civic body had decided to distribute 5,000 menstrual cups among women of menstruating age. So far, 2,500 menstrual cups have been distributed, as the target group awaits expert views on their usability and viability.

S Jahangir, former Alappuzha municipal secretary, who took the initiative to launch the project, said “Environmental concerns prompted us to launch the project. It is not clear how many women use this new-age product. My wife has been using menstrual cups for over a year and she has not experienced any health issues so far. It is after seeking expert opinion from doctors that we decided to implement the project.”

A single sanitary napkin takes about 500-800 years to decompose, according to Menstrual Health Alliance India. On the other hand, menstrual cups, being reusable are a better alternative and can last for years. Women in Kerala are yet to incorporate the idea, mainly due to lack of easy availability, and the apprehensions regarding usability. In addition, menstrual cups are also cheaper compared to pads or tampons, and also have the capacity to hold more blood.

“The main reason for promoting menstrual cups is to bring down the environmental pollution caused by soiled sanitary pads. There are not many doctors promoting the use of these cups and their lack of easy availability at druggists and other outlets further reduces their popularity. Though we want to give it a try, menstrual cups are nowhere to be found in stores even in a bustling metropolis like Hyderabad, where I study,” said Nikitha Mariam of Tiruvalla.

A major roadblock, though, is that currently, menstrual cups in India are only available online. For Thinkal, however, HLL Lifecare has extended its help by manufacturing the cups, while Coal India Limited (CIL) has funded it. Thinkal means ‘moon’ in Malayalam- earlier, women calculated their menstrual cycle by looking at the moon, and that’s how the project got its name.

While the comfort level of using menstrual cups varies from woman to woman, there’s no doubt in saying that they’re worth giving a shot. Not only are they environment and cost-friendly products, but they are also a step towards creating awareness and tackling taboos around female hygiene.