Researchers at the Arizona State University conducted the study. 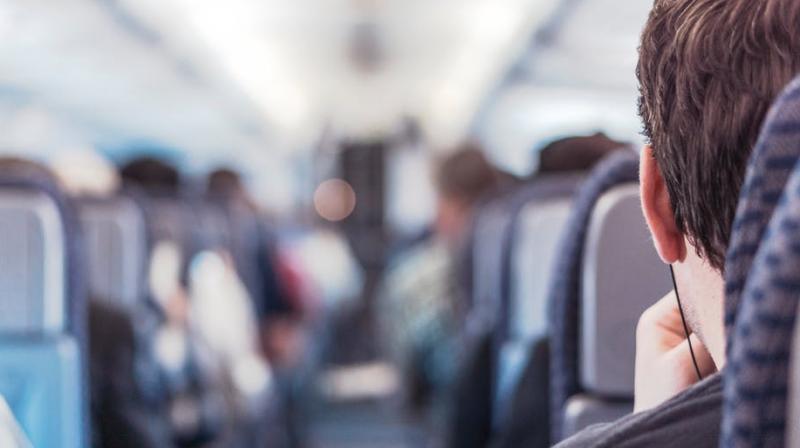 Washington: Travelling by a plane may be the quickest way to get to your destination, but it is also one of the fastest ways for infectious diseases to spread, researchers, including those of Indian origin, suggest.

A study by researchers at Arizona State University (ASU) in the US reveals that factors like plane size and boarding method can have a huge impact on infection rates.

Plane rides are a triple threat when it comes to spreading sickness. They force people into a closed space for a long period of time and make close contact with others unavoidable, researchers said.

"Surprisingly, changing policies - even those as simple as boarding patterns - can have a significant impact on the global spread of an infectious disease," said Anuj Mubayi, assistant professor at ASU.

To make flights safer for that worst-case scenario, the research team, including Sirish Namilae and Ashok Srinivasan, created a hybrid model that evaluates how people move and how infectious diseases randomly spread through contact with a host.

Its first application was to simulate how Ebola infection, a viral hemorrhagic fever of humans and other primates, might spread on an airplane. The model predicts how many passengers would be infected after using one of several different boarding methods, and also evaluates the impact of other factors like deplaning methods and plane size.

Researchers found that the commonly used three-section boarding technique, where passengers board by first class, middle zone and back section, is actually the worst strategy for reducing the number of infected.

The reason this works so poorly is that it forces passengers to stand together in the aisle while they all wait to get to their seats, which means more time for a tightly packed group to be exposed to the contagious passenger.

Safer options include the two-section, random method, where the plane is divided in two lengthwise sections and passengers board randomly within those sections, researchers said. By preventing any hallway bottlenecks and keeping passengers from being next to any one person for very long,
this approach results in the lowest number of new infections, according to the model.

As far as getting off the plane, the team found that how it happens has little impact on infection rates because it is a much faster process, so people are not all crowded together for as long. The study found that planes with less than 150 seats are better at reducing new infections; there are fewer susceptible people present overall, fewer people within a given person?s contact radius and less time spent moving through the plane to reach assigned seats.

"Using smaller airplanes during an outbreak, instead of completely banning flights to a specific destination, can drastically reduce the probability of introduction of infection," Mubayi said.