Life   Health  07 May 2019  Beware of these everyday things: They could make you ill
Life, Health

Beware of these everyday things: They could make you ill

These five everyday items found in public and your homes could be making you sick. 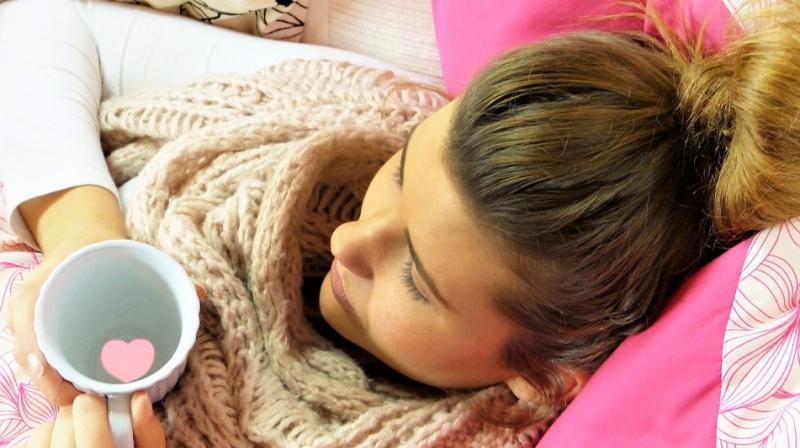 Recent studies have revealed the possibility of numerous everyday objects that could be making us sick. (Photo: Representational/Pixabay)

Falling sick is often attributed to untimely meals, late nights and poor lifestyle. But it may not always be the case. Recent studies have revealed the possibility of numerous everyday objects that could be making us sick, reported The DailyMail.

These regular objects, like a shopping trolley or an ATM, carry a lot of germs as they are constantly used by people all the time. Thus, they act as carriers of germs from one person to another. Other objects lying around your house could also gather and spread germs.

Magazines at a doctor's clinic

Doctors’ clinics are boring places and while we wait for our turn, it is natural to leaf through the numerous magazines that are kept in the reception. But we tend to overlook the number of deadly germs it would contain.

Large groups of sick people come to the doctors’ clinic everyday and they all touch the magazines kept there. The germs get transferred from them and the magazines then act as carriers for them. In fact, a study conducted in Norway tested the front page of these magazines and they were found to have bacterial contamination. Some magazines were found to have Staphylococcus aureus, a virus that is known to be the cause of several life-threatening diseases.

Shopping cart handles are notorious for being carriers of several types of diseases. Each cart is handled by numerous people on a daily basis and are not cleaned on a regularly either. Thus, they manage to collect a host of dangerous viruses.

A study by the University of Arizona found that shopping carts contained more bacteria than public telephones or even public bathrooms. Toddlers, who are made to sit in shopping carts must also be protected from this threat. They tend to lick the handles and can make them susceptible to various diseases.

ATMs dispense the most unhygienic products: money. The notes are handles by hundreds and thousands of people are constantly circulated. Thus, it means that  the bacteria is also constantly being transferred from person to person.

Chinese research tested 38 ATMS in a city and the results were shocking. A keypad on an ATM contains an average of 1,200 germs including E. Coli and flu virus. A separate study conducted in New York also showed that traces of food and human skin were also found on ATMs.

Showers are supposed to keep you clean but if not cleaned and maintained properly, it could get you severely sick as well.

A study by the University of Colorado revealed that shower heads harbour everything from Legionella to Nontuberculous Mycobacteria, two deadly bacteria that can cause devastating infections, especially for those with weak immune systems.

A toothbrush is something we not only use on a daily basis, but introduce it in our mouths as well. Unknowingly, we could be deliberately putting dangerous bacteria in our mouth.

A research conducted by the University of Manchester showed that your toothbrush could be carrying more than 100 million bacteria, including germs like the flu virus, E. Coli, yeast fungus and staphylococcus bacteria.

If the tooth brush is kept uncovered, in the proximity of a toilet, it is possible that the bristles would be sprinkled with faecal matter. Make sure to wash the brush before every use and replace it every three months.