Study says device usage can also lead to arguments between loved ones about range of issues such as overuse and cybersecurity incidents. 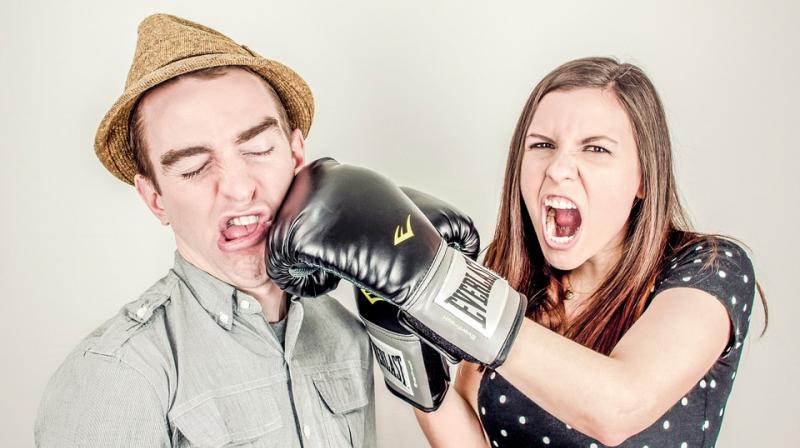 The couples highlighting as to how the same devices that often help bring couples closer can push them apart, thereby potentially putting relationships at risk. (Photo: Pixabay)

New Delhi: In today's digital world, it has become common for couples to depend on devices to communicate and stay connected with each other. However, according to the latest Kaspersky Lab study, 55 per cent of couples have argued about device overuse.

The couples highlighting as to how the same devices that often help bring couples closer can push them apart, thereby potentially putting relationships at risk.

Many people today depend on devices to stay connected with their friends and family, and the same is true for those in relationships. Indeed, couples today frequently use devices and online messaging services to strengthen their relationship.

This digital devotion also extends to shared devices, as 53 per cent people say their relationship has improved since sharing their online activities, such as accounts and devices. Clearly, there are positives that come from using devices, but there are also some negatives that need to be considered.

The research found that device usage can also lead to arguments between loved ones about a range of issues such as overuse and cybersecurity incidents. 51 per cent respondents argued about a device being used during a meal or face-to-face conversation. In addition, over half (55 per cent) of the respondents said arguments with their partners have taken place due to too much time being spent on a device, Furthermore, access to devices has also been flagged as a source of friction in relationships.

Almost half (45 per cent) of the respondents agreed to argue over their partners forgetting to charge the device, while 28 per cent agreed that losing devices cause disagreements among couples.

Additionally, 24 per cent of the couples agreed to have a shared device infected with malware, while 19 per cent said relationships were hampered when their partners lost money due to malware.

"The capabilities of modern devices have created huge opportunities for couples, enabling them to constantly stay connected and build their relationship even when they are not together. But, there are cons as well as pros to take into account. These same devices which help couples to secure their love when they are apart can also cause arguments when they are used irresponsibly. By making a conscious effort to take care of their digital lives - Including devices, accounts and online activities - and to not neglect their partners in the physical world, people can enjoy the many benefits that the digital world offers without upsetting their other half," said Dmitry Aleshin, VP for Product Marketing, Kaspersky Lab.