Life   Health  07 Apr 2018  A glimpse into the enigmatic world of autism
Life, Health

A glimpse into the enigmatic world of autism

Autism Spectrum Disorder is not a psychiatric illness or 'bad behaviour'. 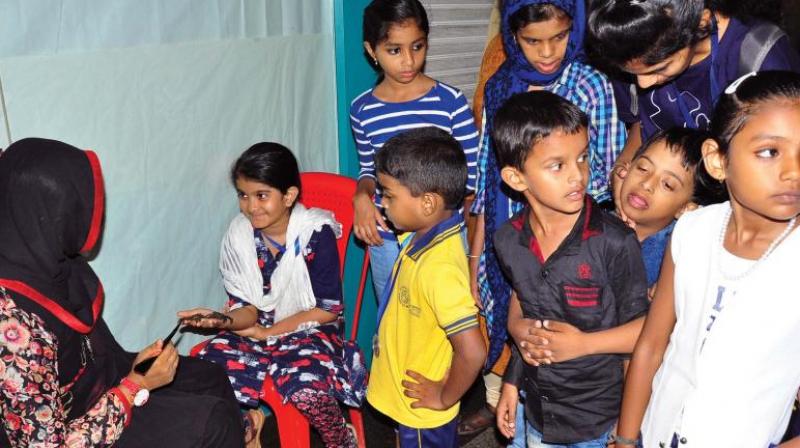 Autism Spectrum Disorder (or ASD) is a neurodevelopmental condition. Children with ASD have difficulty in making sense of the world around them due to difficulties with communication and social interaction.  They also have repetitive, restricted patterns of behavior and interests, as well as sensory hypersensitivities or hyposensitivities. Autism Spectrum Disorder is not a psychiatric illness or 'bad behaviour'. Autism Spectrum Disorder is a neurodevelopmental condition.  This means that there is some alteration in the normal development of the brain. There is altered connectivity in the brain when compared to children without autism spectrum disorder. This altered connectivity can be understood in simple terms comparing it to faulty wiring in a house. When there is faulty wiring in the house, some switches may work, some won't; in some places the switch of the fan will turn the light on and in some cases there will be a circuit break.

Similarly, children with autism do not respond to name call, but respond to certain other sounds. Sometimes they may have sensory overload similar to a short circuit. Children with autism spectrum disorder are trapped in their own world, unable to interact and communicate with those around them; not because they don't want to, but because they lack the skills that come so easily to the rest of us

Autism is only a speech disorder.
Children with ASD have a social communication disorder — both verbal as well as non-verbal communication like eye contact, pointing, using gestures, etc. They have limited understanding of emotions, social interaction and social rules. Initially, the child may have more repetitive than meaningful speech, but later continues to have difficulties using language for social purposes.

ASD is caused by vaccines or bad parenting.
It has been proven conclusively that bad parenting is not a cause of autism. Also multiple studies have proven time and time again that there is no association between vaccination and ASD.

Children with ASD are dependent on their parents for life.
Though ASD is a lifelong condition, with early intervention and consistent training, many children can go on to lead independent and successful lives.

Treatment for autism spectrum disorder needs to be done early. It consists of behavioural therapy (to help them regulate their behavior as well as to promote learning), occupational therapy (to work on skills, activities of daily living and sensory integration), speech language intervention (to work on joint attention, verbal and nonverbal communication skills to enhance social interaction), special education (for a more practical based learning).

There is currently no evidence for treatments using transcranial magnetic stimulation, acupressure / acupuncture, hyperbaric oxygen therapy, stem cell therapy.
Medication is used in only a very selected group of children with autism spectrum disorder when behavioral management strategies have failed to help them control their excessive aggression, motor stereotypies and self injurious behavior.

How can parents help their child with ASD?

Be aware of the early signs of autism and seek help from a developmental paediatrician at the earliest. Remember, the earlier the diagnosis, the earlier intervention can start and the better is the outcome. For parents who already have children with autism spectrum disorder, the following few principles need to be remembered:

YOU are your child's primary therapist.
Irrespective of how many centres you visit or who all provide therapy for the child, nothing works as well as parents being the therapists for their child. Time and again, studies have shown that parental motivation is the biggest factor that causes a child with autism spectrum disorder to improve.  Dedicated persistent efforts by parents with their family, professional and community support over the years would definitely help the child to grow into an independent and happy adult.

Have a structure to the day
Children with autism like to know what is next - unpredictability is not their strong suit. Have a daily schedule incorporating time for fun as well as learning activities with opportunities for interaction with other people.

Use more pictures, less words.
Most children with autism are visual learners. They are able to understand pictures better than words. So, use pictures wherever possible and do not talk in long sentences to them. Use short, concise sentences.

Decrease/restrict visual media in any form
As children with autism prefer to be alone, isolating them further by using various gadgets again decreases their initiative to interact with others.

Music is your friend
Most children with autism like music. Studies have shown that children with autism comprehend music better than oral instructions. Using a musical tone while speaking to your child with autism will gain his/her attention better, and they may follow it more easily.  Teaching music is also a good way to promote fine motor skills as well as verbal imitation.

Children with autism spectrum disorder need the support of multidisciplinary team consisting of a developmental paediatrician, pediatric neurologist, occupational therapist, speech language pathologist and a clinical psychologist, who work together to enable you to help your child to reach his/her optimum potential and to help them lead successful lives.