Yoga can keep side effects of prostate cancer therapy 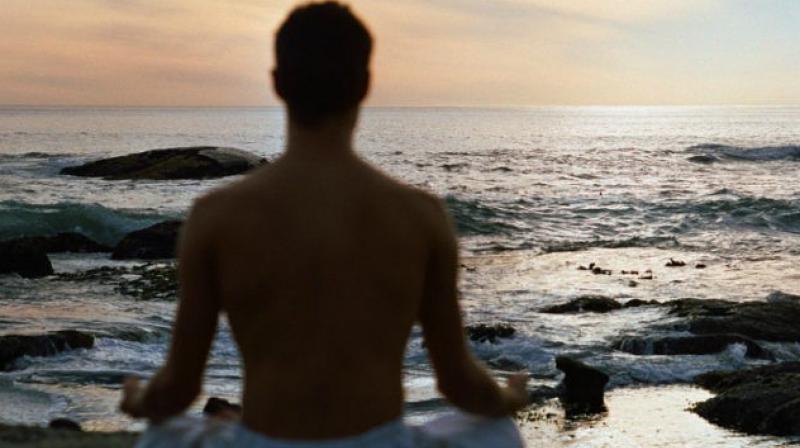 Washington: Turns out, warding off the side effects of radiation treatment in prostate cancer patients is as simple as doing twice-weekly yoga.

Men who attended a structured yoga class twice a week during prostate cancer radiation treatment reported less fatigue and better sexual and urinary function than those who didn't, according to a clinical trial led by the Perelman School of Medicine at the University of Pennsylvania.

It is the first randomized trial to look at the effect of twice-weekly yoga on the side-effects and quality of life issues caused by prostate cancer treatment.

All of the patients in the trial underwent between six and nine weeks of external beam radiation therapy for prostate cancer. The patients were randomized into two groups: one arm participated in a yoga class that met twice a week and the other arm served as a control group. Patients who already practiced yoga on their own were not eligible for the study, nor were patients with a history of prior radiation therapy or those with metastatic disease.

Only two instructors led classes for this study, with the lead instructor teaching 75 percent of the classes. Each session lasted 75 minutes, beginning with five minutes of breathing and centering techniques and ending with five minutes of Savasana, a common yoga position. Typical sessions incorporated sitting, standing, and reclining positions that were modified using props to adapt to each patient's needs and restrictions.

Patients were primarily evaluated on their level of fatigue. Each man filled out a nine-item questionnaire assessing fatigue severity and impact on daily life. The first questionnaire was given between two and three weeks before the start of radiotherapy, then twice a week while receiving radiotherapy, with a final survey filled out within a week of their last yoga class or last radiation treatment, depending on the assigned study arm.

"At their baseline, before patients started treatment, patients in both groups were on the lower end of the scale, meaning they reported lower amounts of fatigue," said the trial's principal investigator Neha Vapiwala. "But as treatment went on, we observed a difference in the two groups."

Patients in the yoga group reported lower fatigue scores over time, as they attended more yoga sessions, relative to where they started. Patients who did not participate in yoga trended in the opposite direction, reporting greater fatigue as treatment progressed.

"Levels of patient-reported fatigue are expected to increase by around the fourth or fifth week of a typical treatment course, but that did not happen in the yoga group," Vapiwala said. "Both the severity of the fatigue as well as the patients' ability to go about their normal lives appeared to be positively impacted in the yoga group."

Researchers also evaluated both groups in terms of their sexual health. Sexual dysfunction - including but not limited to erectile dysfunction (ED) - is reported by up to 85 percent of radiation therapy patients during treatment, often due to the concurrent use of androgen deprivation therapy (ADT).

The study utilized the International Index of Erectile Function (IIEF) questionnaire, in which scores range from 0-25. Scores greater than 21 are considered normal and scores below 12 indicate moderate to severe ED. Both groups started out with scores of around 11, and were balanced in terms of ADT exposure; but while the yoga group's score ended up largely unchanged from baseline, the non-yoga group saw a decline over the course of treatment.

"Yoga is known to strengthen pelvic floor muscles, which is one of several postulated theories that may explain why this group did not demonstrate declining scores, as seen in the control group," Vapiwala said. "That may also explain the yoga patients' improved urinary function scores, another finding of this trial." Vapiwala pointed out that the findings on improved or stable urinary function are consistent with other research on the effects of physical therapy on pelvic floor muscles.

The trial also found that while the emotional well-being of both groups increased as patients progressed through treatment, the evaluation scores in the yoga group rose more rapidly than in the control group. An evaluation of physical well-being showed a similar pattern.