Why is genetic mutation commonly associated with breast and ovarian cancer? 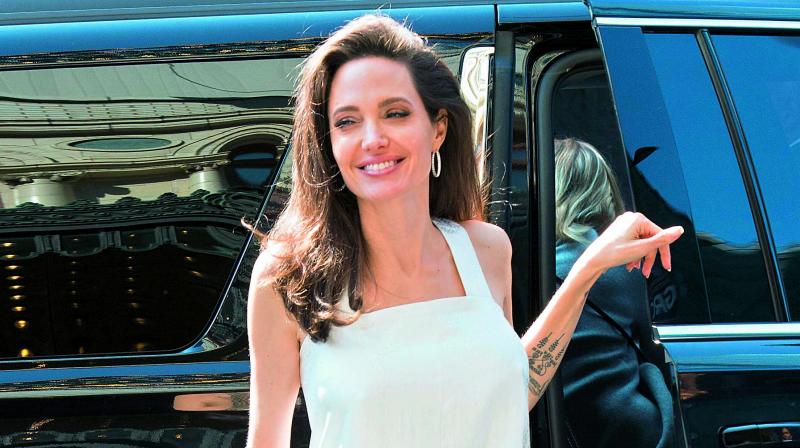 Oscar-winning actress Angelina Jolie found out through genetic testing that she is at high risk for breast cancer. She ultimately decided to undergo and a prophylactic bilateral mastectomy to reduce her risk of developing the disease.

Oscar-winning actress Angelina Jolie’s mother fought cancer for a decade and died when she was 56 years. Soon, Angelina underwent genetic testing and did a prophylactic bilateral mastectomy to reduce her risk of developing the disease.

Explaining further, Dr G. Vamshi Krishna Reddy, senior medical oncologist, Yashoda Hospitals, says that most cases of breast and ovarian cancer happen sporadically (i.e., by chance). “However, a personal or family history of breast/ovarian cancer can increase the risk of developing these cancers (or getting cancer again). Personal history means that you have had cancer yourself, whereas family history means you have relatives who have or had cancer. However, not everyone with a personal/family history of breast/ovarian cancer is considered a candidate for genetic counselling or testing,” he adds.

Genetic testing
Genes, which are present in all cells of our body, directing it to make different kinds of proteins for various functions, can sometimes have mutations that may cause diseases. “Genetic testing is done to identify the presence of disease-causing variants of certain genes. Some genetic tests use techniques such as Sanger sequencing, next generation sequencing (NGS), FISH, etc., and look for specific mutations linked with many different diseases. Most of these are done on the DNA obtained from blood samples,” elaborates Dr Siddhartha.

Then, talking about the types of genetic mutations, Dr G. Vamshi Krishna Reddy explains, “Germline mutations are inherited, passed on from parent to child, causing about 5-10% of breast cancers. Mutations in two major genes, BRCA1 and BRCA2, are a frequent cause of hereditary breast and ovarian cancers. However, acquired mutations are not inherited; they develop over the course of one’s life owing to exposure to environmental agents such as radiation, chemicals (including those found in tobacco smoke) or viruses. Most cancers, including breast cancer, are caused by acquired mutations.”

Genetic testing is recommended if two or more close relatives of a person have breast or ovarian cancer. “Family history of cancer on your mother’s side and father’s side is equally important,” cautions Dr Siddhartha Chakravarthy. “Then again, having a strong family history of a disease doesn’t always mean you have abnormal genes. About 90-95% women with breast cancer don’t have the abnormal gene. So, if you’re considering genetic testing because a family member has cancer, ask if she/he has been tested. If the person with cancer does not have the mutation, it’s less likely that you do.”

When positive can be a negative
Testing positive to be carrying a mutation can be scary. “But one can lower the chances of getting cancer. The degree of risk depends on the implicated gene, other genetic variations in that particular individual, the current age, use of hormonal therapy and menopausal status. A BRCA1 mutation can confer a 55-70% breast cancer risk and a BRCA2 mutation, a 45-70% risk. These mutations are also associated with a 15-40% ovarian cancer risk,” says Dr Chakravarthy.

However, there are treatment options to reduce the risk of cancer in women testing positive for these mutations, including intensive screening and considerations for hormonal or surgical therapies. “Regular screening for breast and ovarian cancer is important as early diagnosis increases the chances of cure. Women should learn to perform self-breast examinations on a regular basis; clinical breast examination is advised half-yearly. Breast mammography/MRIs can be done based on the doctor’s recommendation,” explains Dr Chakravarthy.

Dr G. Vamshi Krishna Reddy suggests the removal of ovaries post child bearing to lower one’s ovarian cancer risk as much as possible. “Also, by 40 years if you have a BRCA1 mutation, take medicines that help prevent cancer,” he adds. Women who choose not to undergo surgery may also be prescribed medications such as Tamoxifen or Aromatase inhibitors, although these medications may not be as effective as surgery in preventing cancer, caution the experts.