How parents behave is linked to suicide risk: research

Children who said their parents rarely or never told them they were proud of them were more likely to have suicidal thoughts. 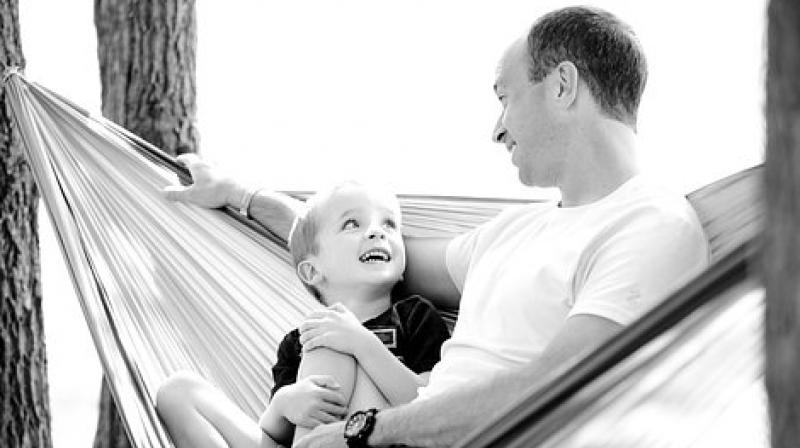 Kids need to know that someone’s got their back, and unfortunately, many of them do not. (Photo: Pixabay)

Adolescents who feel their parents rarely express interest in their emotional well-being are far more likely to consider suicide than youths who see their parents as involved, US researchers said Tuesday.

The findings by the University of Cincinnati come as the suicide rate among teenagers rises in the United States, adding to concern among parents, educators and health experts.

In the past month alone, a 10-year-old girl in Colorado and a 13-year-old in California hanged themselves. Their parents say bullying at school contributed to the girls’ deaths.

“Parents ask us all the time, ‘What can we do?'” said Keith King, who coordinates the University of Cincinnati’s health promotion and education doctoral program. “Kids need to know that someone’s got their back, and unfortunately, many of them do not. That’s a major problem.”

Attempted suicide to be decriminalised

King and his colleague, Rebecca Vidourek, based their findings on a 2012 national survey of people 12 and older that revealed a significant link between parental behaviors and thoughts of suicide among adolescents. They found that those most affected by parenting behaviors were 12- and 13-year-olds.

Children in this age group who said their parents rarely or never told them they were proud of them were nearly five times more likely to have suicidal thoughts, said the researchers.

Among older teens, aged 16 and 17, those who said their parents rarely or never said they were proud of them were three times more likely to have suicidal thoughts- almost four times more likely to make a suicide plan and attempt suicide- than peers whose parents sometimes or often expressed pride in their children.

Researchers acknowledged that the survey was based on youths’ perceptions of their parents behavior, and that some parents may disagree with how their children responded.

“Youth perceptions are extremely important to suicidal ideation and attempts,” King told AFP in an email. “Sometimes parents think they are involved, but from the perspective of the adolescent, they are not.”
Some ways for parents to protect against suicide include “direct communication and direct interactions that are authoritative in nature between the parent[s] and the adolescent,” he added.

Motivation for SU student’s suicide yet to be unearthed

Teens may also be more likely to try drugs or risky sexual behavior if parents are not adequately engaged, King said.

“A key is to ensure that children feel positively connected to their parents and family,” said Vidourek, who serves as co-director of the Center for Prevention Science, along with King.

The study did not delve into completion of suicide by teenagers, but whether they harbored suicidal thoughts, made plans or had attempted to take their own lives.

A report by the US Centers for Disease Control and Prevention earlier this year found that the suicide rate among teen girls doubled from 2007 to 2015, and rose 30 per cent among boys.

About 5,900 youths between the ages of 10 and 24 committed suicide in the United States in 2015, according to government figures.

King said certain basic parental behaviors may help. “You can tell them you’re proud of them, that they did a good job, get involved with them and help them with their homework,” said King.

The research was presented at this year’s American Public Health Association conference in Atlanta.