Findings reveal that people with the highest levels of chronic noise exposure had an increased risk of suffering cardiovascular events. 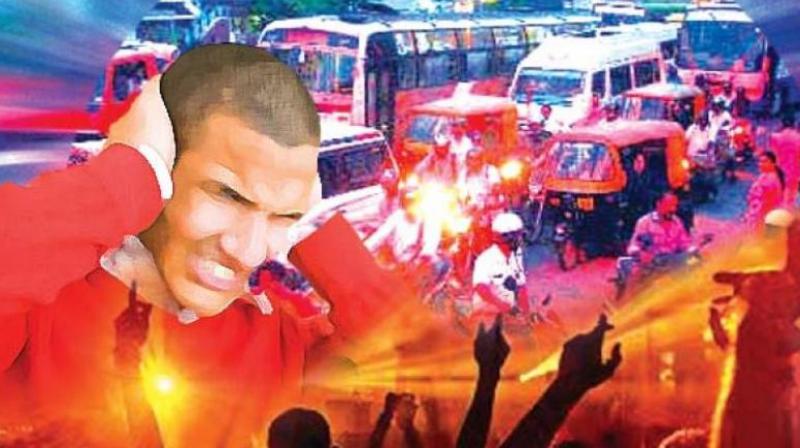 Boston: Chronic exposure to excess noise may increase the risk of heart disease and stroke by activating a brain region involved in stress response, a study warns.

This response in turn promotes blood vessel inflammation, said researchers at Massachusetts General Hospital in the US.

The findings reveal that people with the highest levels of chronic noise exposure -- such as highway and airport noise -- had an increased risk of suffering cardiovascular events such as heart attacks and strokes, regardless of other risk factors.

The study offers much-needed insight into the biological mechanisms of the well-known, but poorly understood, interplay between cardiovascular disease and chronic noise exposure, researchers said.

"A growing body of research reveals an association between ambient noise and cardiovascular disease, but the physiological mechanisms behind it have remained unclear," said Azar Radfar, a research fellow at the Massachusetts General Hospital in Boston.

"We believe our findings offer an important insight into the biology behind this phenomenon," Radfar said.

Researchers analysed the association between noise exposure and major cardiovascular events, such as heart attacks and strokes.

They analysed the realtion among 499 people (average age 56 years), who had simultaneous PET and CT scan imaging of their brains and blood vessels.

Diagnostic validation was done in a subset of 281 subjects. All participants were free of cardiovascular illness and cancer at the start of the study.

Using those images, the scientists assessed the activity of the amygdala -- an area of the brain involved in stress regulation and emotional responses, among other functions.

Of the 499 participants, 40 experienced a cardiovascular event (eg heart attack or stroke) in the five years following the initial testing.

To gauge noise exposure, the researchers used participants' home addresses and derived noise level estimates from the US Department of Transportation.

People with the highest levels of noise exposure had higher levels of amygdalar activity and more inflammation in their arteries, researchers said.

These people also had a greater than three-fold risk of suffering a heart attack or a stroke and other major cardiovascular events, compared with people who had lower levels of noise exposure, researchers said.

That risk remained elevated even after the they accounted for other cardiovascular and environmental risk factors, including air pollution, high cholesterol, smoking and diabetes.