The precious metal platinum is already used in more than 50 per cent of cancer chemotherapies. 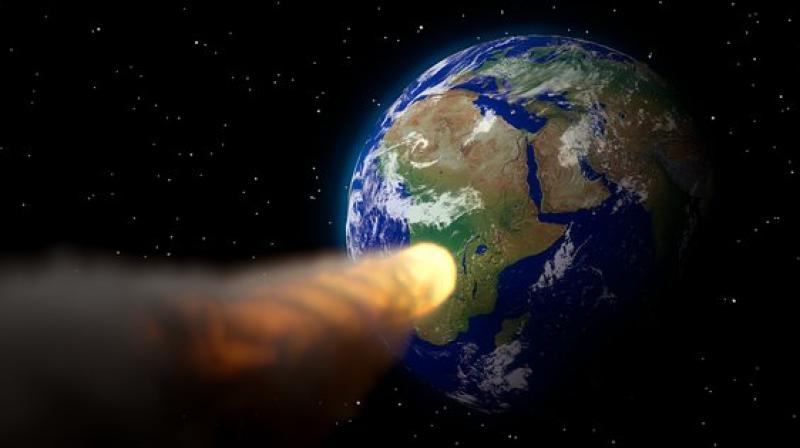 The precious metal platinum is already used in more than 50 per cent of cancer chemotherapies. (Photo: Pixabay)

Cancer cells can be targeted and destroyed with the metal from the asteroid that caused the extinction of the dinosaurs about 66 million years ago, a study claims.

Researchers found that iridium – the world’s second densest metal – can be used to kill cancer cells by filling them with deadly version of oxygen, without harming healthy tissue.

“Our innovative approach to tackle cancer involving targeting important cellular proteins can lead to novel drugs with new mechanisms of action. These are urgently needed,” said Pingyu Zhang, from University of Warwick in the UK.

The researchers created a compound of iridium and organic material, which can be directly targeted towards cancerous cells, transferring energy to the cells to turn the oxygen (O2) inside them into singlet oxygen, which is poisonous and kills the cell – without harming any healthy tissue.

The process is triggered by shining visible laser light through the skin onto the cancerous area – this reaches the light-reactive coating of the compound, and activates the metal to start filling the cancer with singlet oxygen.

They attacked a model tumour of lung cancer cells, grown by the researchers in the laboratory to form a tumour-like sphere, with red laser light (which can penetrate deeply through the skin).

The researchers found that the activated organic-iridium compound penetrated and infused into every layer of the tumour to kill it – demonstrating how effective and far-reaching this treatment is.

They also proved that the method is safe to healthy cells by conducting the treatment on non-cancerous tissue and finding it had no effect.

They used state-of-the-art ultra-high resolution mass spectrometry to gain an unprecedented view of the individual proteins within the cancer cells – allowing them to determine precisely which proteins are attacked by the organic-iridium compound.

After vigorously analysing huge amounts of data – thousands of proteins from the model cancer cells, they concluded that the iridium compound had damaged the proteins for heat shock stress, and glucose metabolism, both known as key molecules in cancer.

“It is certainly now time to try to make good medical use of the iridium delivered to us by an asteroid 66 million years ago!” said Peter Sadler, Professor at Warwick’s Department of Chemistry.

“The precious metal platinum is already used in more than 50 per cent of cancer chemotherapies. The potential of other precious metals such as iridium to provide new targeted drugs which attack cancer cells in completely new ways and combat resistance, and which can be used safely with the minimum of side-effects, is now being explored,” said Sadler.