All breast lumps are not cancerous, expert reveals

Be informed about the disease. 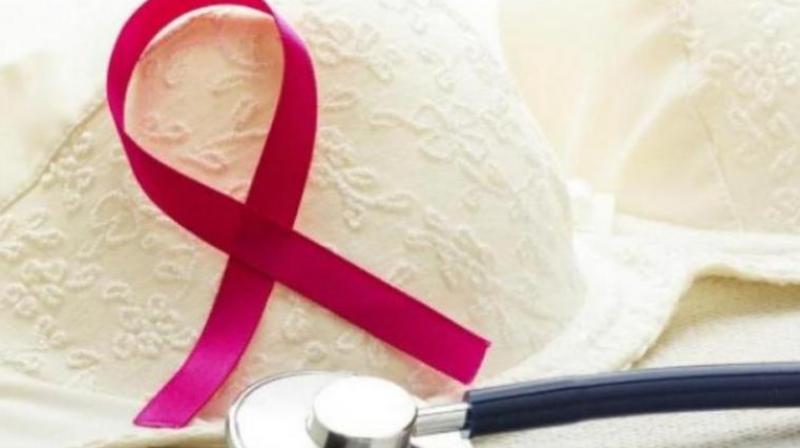 New Delhi: One of the leading causes of female deaths in India is breast cancer.

Although 8 out of 10 cases of breast lumps are not cancerous and undergoing biopsy is the only way to rule out breast cancer, says leading doctor Dr. Jyoti Arora, Associate Director, Radiologist, Medanta - the Medicity.

In India, two reactions regarding breast lumps are most common. Either the feeling of a lump formation in breast is ignored or the patient gets panic stricken. Both reactions are extreme and caused by lack of proper awareness but in very different ways. A recent study reported that its prevalence is as high as 25.8 per 1,00,000 women and its death rate are 12.7 per 1,00,000 women.

However, proper awareness for the breast cancer is low in India. Dr. Arora has explained that due to lack of awareness, thousands of Indian women do not opt for timely and proper tests and treatment.

Arora said, "One of the first symptoms of breast cancer is formation of lumps in the breast. While many women from not so educated and aware sections of society do not identify lump in breast as a reason enough to see the doctor, those who are aware of the connection between breast lumps and cancer does not realize that in 8 out of 10 cases, lumps in breasts are non-cancerous. For them, breast lump is synonym of breast cancer and they feel it's the end of their life so do not get it evaluated."

There is another subset of females who do not seek medical advice because these lumps are associated with pain. Cancerous lumps are usually hard to feel and not associated with pain. The non-cancerous lumps can be a cyst formation, a fibro-adenoma which is an abnormal non-cancerous growth, or even may be a temporary feature due to woman's menstrual cycle.

So if a female feels a lump, she should visit a breast specialist who will get a mammography and ultrasound done. If a solid lump is confirmed on imaging then in most of the cases biopsy would be needed to confirm whether the lump is cancerous or not. While conducting a breast biopsy, a radiologist removes tissue from the suspected area so that it can be tested in the lab for the presence of cancerous cells.

"There are various types of biopsies that a patient is offered. Tru cut needle biopsy is performed in majority of the cases, however when the abnormality is very small, subtle or when seen only on the mammograms in the form of calcifications or only on the breast MRI, vacuum-assisted breast biopsies (VABB) are preferred as they increase the accuracy and sensitivity of getting a representative sample from the abnormal area. Through VABB, more tissue can be removed than by the true cut needle biopsy and hence a more accurate report can be generated by the pathologist," added Arora.

One should also look for changes in the breast, especially in terms of size and shape. Other than formation of lump, one should also observe whether there are skin changes such as swelling and redness, in drawing of the nipples or if there is pain, irritation, change of color, or peeling and flaking of nipple skin.