Even smelling food can cause people to become fat

If you can not smell your food, you may burn it rather than store it, researchers said. 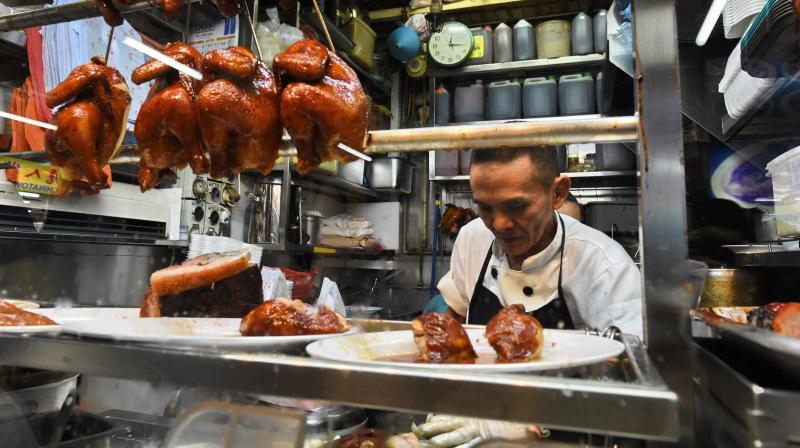 Weight gain is not purely a measure of the calories taken in, it is also related to how those calories are perceived (Photo: AFP)

Los Angeles: The ability to smell food may be making you fat, while its absence may trick the body into thinking that it has already eaten, scientists say.

Researchers, including those from University of California, Berkeley in the US found that obese mice who lost their sense of smell also lost weight on a high fat diet.

The slimmed-down but smell-deficient mice ate the same amount of fatty food as mice that retained their sense of smell and ballooned to twice their normal weight, they said.

The team also found that mice with a boosted sense of smell - super-smellers - got even fatter on a high-fat diet than did mice with normal smell.

The odour of what we eat may play an important role in how the body deals with calories. If you can not smell your food, you may burn it rather than store it, researchers said.

Sensory systems play a role in metabolism. Weight gain is not purely a measure of the calories taken in, it is also related to how those calories are perceived, they said.

Researchers noted that mice as well as humans are more sensitive to smells when they are hungry than after they have eaten, so perhaps the lack of smell tricks the body into thinking it has already eaten.

While searching for food, the body stores calories in case it is unsuccessful. Once food is secured, the body feels free to burn it.

Researchers used gene therapy to destroy olfactory neurons in the noses of adult mice but spare stem cells, so that the animals lost their sense of smell only temporarily - for about three weeks - before the olfactory neurons regrew.

The smell-deficient mice rapidly burned calories by up- regulating their sympathetic nervous system, which is known to increase fat burning.

The team noted that the mice turned their beige fat cells - the subcutaneous fat storage cells that accumulate around our thighs and midriffs - into brown fat cells, which burn fatty acids to produce heat.

Some turned almost all of their beige fat into brown fat, becoming lean, mean burning machines.

In these mice, white fat cells - the storage cells that cluster around our internal organs and are associated with poor health outcomes - also shrank in size.

Researchers found that the obese mice, which had also developed glucose intolerance - a condition that leads to diabetes - not only lost weight on a high-fat diet, but regained normal glucose tolerance.

The study was published this week in the journal Cell Metabolism.