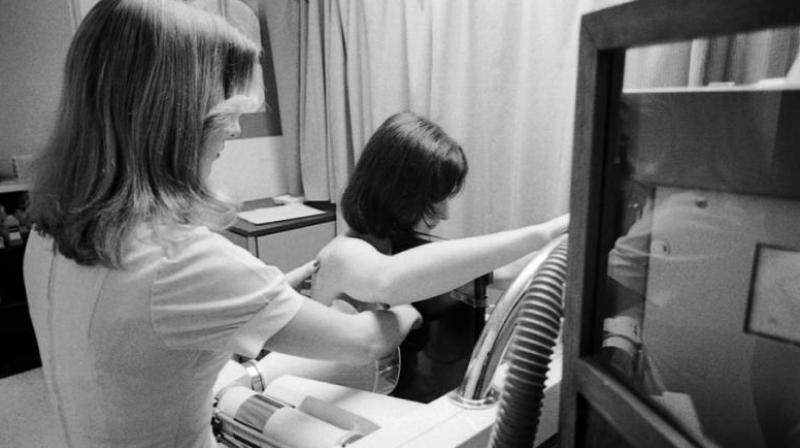 Alvaro Quesada creates the three-dimensional illusion of a nipple on a patient's reconstructed breast, mixing colors with names like 'rose pink', 'brown sugar' and 'tribal black' to mimic the natural shade of an areola. (Photo: AP)

Arms covered in red and green ink, tattoo artist Alvaro Quesada is hardly what cancer survivors expect at a Madrid infirmary, the first public hospital in Spain to offer nipple and areola tattooing.

Yet his service of tattooing realistic-looking nipples onto women who have had their breasts reconstructed after mastectomies signals the final step of recovery from cancer, and women react with emotion to the process.

"They leave crying and hugging me. This is therapy," says 32-year-old Quesada, who takes time out from his tattoo parlor to attend patients at the hospital.

Reconstruction can occur months, or even years, after breast cancer surgery with tissue expanders typically installed to stretch the skin and make room for a future implant. Creating the nipple comes later and involves one more operation.

"At this point most patients are exhausted," said Lorenzo Rabadan, the doctor who first approached Quesada about providing women with an alternative to surgery. He invited the tattoo artist to train staff on the technique.

Clutching a pale pink tattoo gun, Quesada creates the three-dimensional illusion of a nipple on a patient's reconstructed breast, mixing colors with names like 'rose pink', 'brown sugar' and 'tribal black' to mimic the natural shade of an areola.

Half-blind, Quesada offers his service free of charge. The national health service did not cover the cost of his false eye after he lost his left eye to a benign tumor.For many, a quick and relatively painless session marks the end of a chapter.