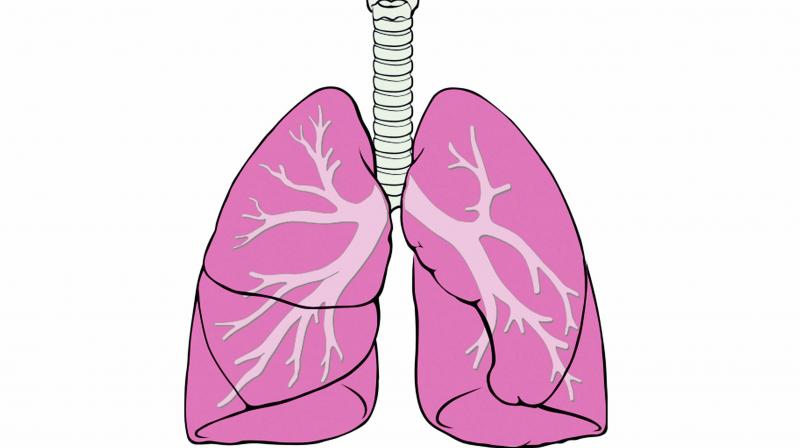 According to a Thomas Jefferson University-study, restoring the lipids that help keep lung tissue flexible and inflated can help slow disease progression in laboratory models of pulmonary fibrosis.

Pulmonary fibrosis, an ongoing process of scarring that leaves patients chronically short of breath, can progress in severity until the only course of treatment is the lung transplant.

"This is the first paper to show that rather than being a 'second hit' to help initiate the disease, blocking lipid synthesis alone -- with no other insult to the lungs -- can instigate fibrotic scaring," said researcher Ross Summer.

"This suggests that failure to produce lipids, perhaps because of injury or age-related metabolic changes in lung cells may be an underappreciated process in the development of lung fibrosis, one that may also offer a new and potentially easier path to new treatment of this disease," said Dr. Romero, the lead author.

Surfactants or lipids, produced inside the lung tissue, allow airways to inflate and deflate with ease. In fact, surfactants are often one of the first treatments given to a premature infant to help ensure the lungs inflate and develop properly.

In addition, all cells within the lung need lipids as signaling molecules and to build their internal and external membranes.

But in earlier work, Drs. Summer and Romero have shown that when lung tissue is injured - by things like viral infection, particulate inhalation, or other insults - lung cells eventually stop producing lipids in order to conserve energy for other cellular repairs.

In this study, the teams of Drs. Summer and Romero used a drug that inhibited lipid production in the lung and showed that this drug alone was capable of instigating lung fibrosis. In the converse experiment, the group showed that when increasing lipid production in lungs of animals already injured and developing pulmonary fibrosis, lung scarring could be reduced by 70-80 percent.

Lung fibrosis is thought to also come about when the endoplasmic reticulum (ER) in the cells of the lung becomes stressed and can no longer properly fold and unfold proteins.

"We think that the chronic ER stress might ensue because of the inability of cells to produce sufficient lipids to supply their vast amount of ER membranes. Without appropriate lipid stores, the ER cannot properly manufacture or remove damaged proteins out of the cell into lysosomes, as a result, damage accumulates in these lung cells leading to irreversible fibrosis", researchers said.

The findings from the study are published in the American Journal of Respiratory Cell and Molecular Biology.