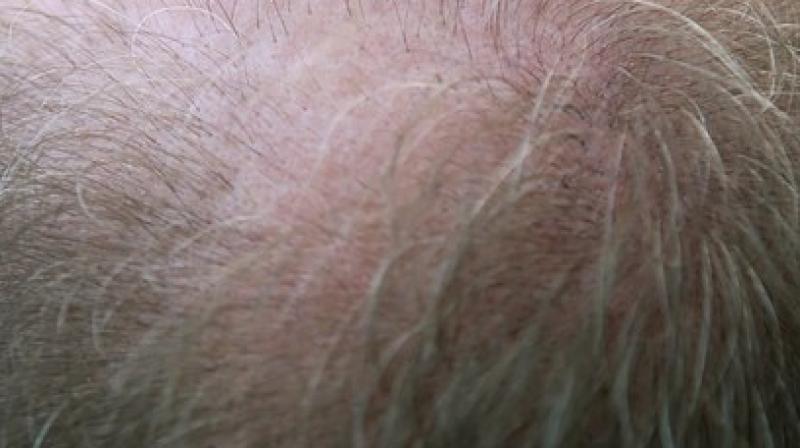 Polished pates and thinning thatches may one day be a thing of the past, thanks to Japanese scientists who have developed a way to grow hair follicles at a record rate.

The study used two kinds of cells placed in silicone containers to cultivate "hair follicle germs" -- the sources of the tiny organs that grow and sustain hair.

Led by professor Junji Fukuda at the Yokohama National University, the team managed to cultivate 5,000 within just a few days, enough to replenish hair.

The method is a massive step up from existing laborious techniques that can create just 50 or so "germs" at once.

While human tests might not be on the cards for another five years, ultimately researchers believe the technique could be used to generate luscious new locks.

The technology could also help cancer patients and others with medical conditions that cause hair loss, said Fukuda, whose research was published in the journal Biomaterials.

"Beauty clinics currently often use hair from the occipital region [back of the head] and plant them to frontal areas with hair loss. A problem with this is that it doesn't increase the total volume of hair," Fukuda said.

Existing medication can slow hair loss, but it does not necessarily reverse the problem, he added.

New treatment using the technique may be available in 10 years, the professor said.

While the study offers hope for the hairless, Fukuda debunked some rather optimistic reports suggesting McDonald's fries could help cure baldness.

The silicone used in his study, dimethylpolysiloxane, is reportedly used by the fast food giant in its oil fryers, but consuming the substance alone offers no fringe benefits.

Fukuda said he was baffled by the readers' misinterpretation of his research.

"I have seen online comments asking, 'how many fries would I have to eat to grow my hair?'" he told AFP.

"I'd feel bad if people think eating something would do that!"