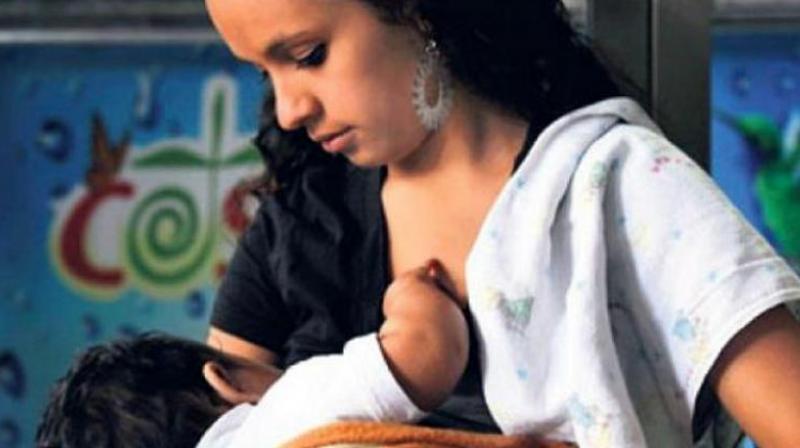 Breastfeeding can drastically reduce the risk of asthma attacks, a new study has found.

A new study found children who suffered from the chronic lung disease and were naturally fed were less likely to endure its symptoms - breathlessness, coughing and wheezing, according to a report by the Daily Mail. When the symptoms worsen that is when the attack occurs. Sufferers are unable to speak or eat and have difficulty breathing.

For the study, researchers examined 960 children between the ages of four and 12 who used asthma medication regularly. A questionnaire revealed information about whether or not they were breastfed. The results showed asthma sufferers who had been breastfed were 45% less likely to suffer from the attacks.

Researchers believe this may be because of breastfeeding's effect on an individual’s immune system. "Changes in the composition and activity of the gut microbiome in early life can influence the immune system and these changes might indirectly lead to changes in asthma later in life," lead author of the study Dr Anke Maitland-van der Zee from the University of Amsterdam told the Daily Mail.

Dr Maitland-van der Zee also stated currently it "is still unclear whether there is a causal relation between breastfeeding and asthma exacerbations".

"Further prospective research is warranted to confirm this association and to clarify the underlying mechanisms" Dr Maitland-van der Zee told the Daily Mail.

The findings were published in the journal Pediatric Allergy and Immunology.